Two-thirds of all refugees come from 5 countries.
Syria
Afghanistan
South Sudan
Myanmar
Somalia
Imagine what peace in just 1 of those countries could mean. #WorldRefugeeDay https://t.co/alidwwXFYt pic.twitter.com/f0CX8s5e14

What led to the decision to leave the UN Human Rights Council:

The leader of the free world.

And don't you forget it! 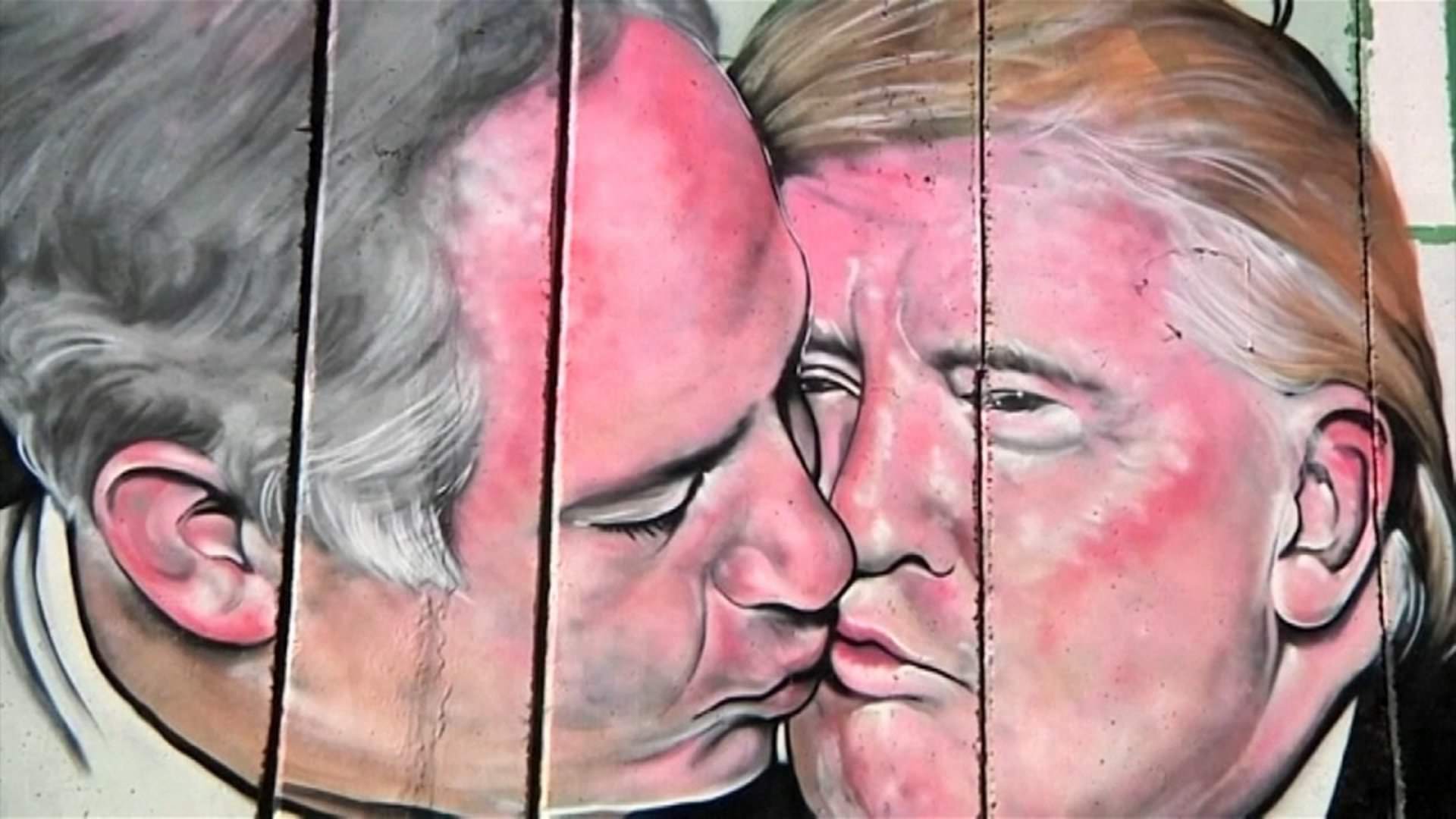 You're not a homophobic are you?

A little bit. Make sure you keep servicing your gun club "Friends." 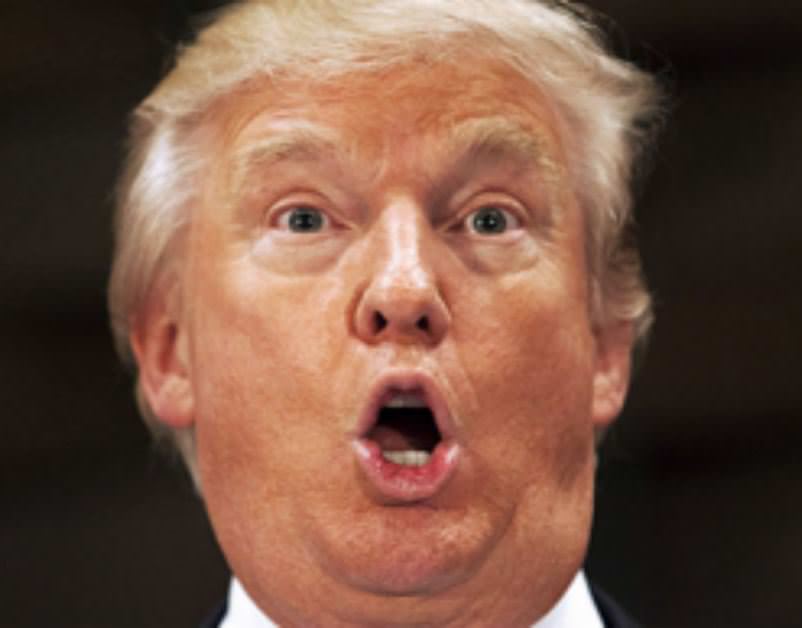 It's about FUCKING time.  Now we need to pull funding from the United Nations and kick those free loading bastards out of the county.

Some of the Members of the Human Rights Council, 1 January - 31 December 2018

Afghanistan - Has death penality for homosexuals.  Are you fucking kidding me?

Angola - The three most important human rights abuses [in 2012] were official corruption and impunity; limits on the freedoms of assembly, association, speech, and press; and cruel and excessive punishment, including reported cases of torture and beatings as well as unlawful killings by police and other security personnel. Other human rights abuses included: harsh and potentially life-threatening prison conditions; arbitrary arrest and detention; lengthy pretrial detention; impunity for human rights abusers; lack of judicial process and judicial inefficiency; infringements on citizens' privacy rights and forced evictions without compensation; restrictions on nongovernmental organizations; discrimination and violence against women; abuse of children; trafficking in persons; discrimination against persons with disabilities, indigenous people, and persons with HIV/AIDS; limits on workers' rights; and forced labor.

Cuba - A fucking Communist dictatorship.  Are you fucking kidding me?

Democratic Republic of the Congo - ARE YOU FUCKING KIDDING ME?

The whole council is a fucking joke.  Again, it's about fucking time.

Which of those countries are running an apartheid system?

How about a military occupation spanning 50+ years?

It's interesting that every one of the countries you listed has been messed with by the CIA in recent history including attempted assassination of their leader, working with druglords/warlords, attempted overthrows of their governments & in some cases full-scale invasion.

The joke is that the US was pretending to give a shit about human rights. It's been using it like a baseball bat to bop people for political points. At least the pretense is over. Haley says she's going to keep working away trying to reform the council but I reckon the ship has sailed for now. Less political capital for you guys, once again, spent on Israel.

and how are those countries going to be improved, and others kept in line, without the UN?

the US leads via the UN. without a US presence there, the rest of the world will decide without US involvement.

it's a joke because the US has set that precedent, treating the other countries with contempt has led to contempt for the US.

what goes around comes around. the US has been vetoing every single proposal for peace in the middle east, even completely reasonable ones that still heavily favor israel. other countries have been sitting thru it for decades waiting for them to push the measures they favor instead, but have recently started to realize there are no such measures, and so the only way forward is to leave the US behind.

these neocons think the US was the world leader because they were the biggest and strongest, but that was never true, they were the world leader because they were the strongest force for good. they fought against fascism, and communism, led anti-nuclear treaties, annexed no territories, and stood against other countries' aggressive foreign policies. by supporting israel even when they've blatantly just shot up a bunch of unarmed protesters and medical staff, they've vacated their seat.

makes me wonder what this nikki haley person gets out of it? she supports everything israel does, but why? it's not for peace or the good of america.

She's a puppet of the most powerful lobby group in Washington AIPAC (America Israeli Public Affairs Committee). It's Israel-first all-day every day. America is just being exploited, lucky if it's an afterthought in any Middle East policy.

She's talking about a site in Hebron - a suburb in the Palestinian occupied territories. Checkout the nature of the Israeli settlers in Hebron

It's a vile racial apartheid system.

ah so she's paid well for her support. thanks.

The way she behaves I wouldn't be surprised if she's gunning for the oval office.

Well, we all (should) know by now who really rules the US.

Neither did the black twat nor does the twat with the funny hair.

So much stupid I don't even know where to start. So I won't since all that needs to be said has been said time and again. Fuck empires.

Midterms are coming up.

He's not going to let anything look like Democrats fixed anything.

He's going to make sure every important decision rests on him, and he'll apply a "fix" of his own making, irrelevant of whether it pleases them or not. He didn't need them to win the election.

He doesn't have to do much because the Democrats keeps blaming him for everything, making sure the public knows it only rests on his actions alone. Which is exactly what he wants.

He'll be celebrated for making all the hard choices in the end. Stuff the Dems wouldn't dare to touch.

He doesn't have the authority to decide whether Israel or Palestine deserves the land through occupation.

But by simply saying it, in a statement, in favor of one over the other, something happens, that eventually reaches a conclusion, good or bad, and it will force some kind of solution, probably temporary, out of the whole thing. And that will not be his doing. Those decisions will be made by Palestinians and Israelis. But whatever they come up with, no matter how inconceivable it might be to us right now, he will inevitably be able to take credit for it or be given credit for it.

And in the time it takes to get to re-election, people will have been won over, because they'll actually see results. They will have been exhausted by the media(cue "Trump-fatigue syndrome"-stories coming soon) and smartened up about the whole "racist president" thing, because the contradictions will eventually be seen, discussed, and validated by individuals seeking truth in what they now deem incredibly confusing and surreal. And luckily the internet is still a vault of contradicting memories for us to play Captain Hindsight when we finally decide to check if "Hey, did he really say that horrible thing or did the media present it in a way so that I would believe he did?".

Presidents make decisions all the time that results in countless deaths in some places in favor of lives in other places. But for some reason we deem the Israel-Palestine conflict untouchable. We would be happy just to watch it go on forever because we know more about this particular conflict and their cultures rather than others. Where more people are dying and even more horrific warcrimes are being committed as we speak, and we know they are.

We couldn't make the right choice if we were in the same position, even if we wanted to.

There is always a large group to disappoint, someone that has to die or suffer immensely because of your actions.

I wouldn't take that responsibility if it was handed to me.

But some motherfuckers do.

And this motherfucker... He's gone beyond any expectation, irrelevant of which opinion. Beyond what he would do for his followers and beyond the damage he could do for his critics.

People will compare the next Presidents TO HIM. Not Obama.  Not Bush, or Clinton. TO HIM.

AND I COULDN'T EVEN FINISH THIS WITHOUT THIS STORY COMING UP ABOUT THE MEXICAN IMMIGRANT FAMILIES BEING SEPERATED:

AND IN THIS ARTICLE, THESE STUPID MOTHERFUCKERS, WHO HAS BEEN PUSHING THAT THIS IS A TRUMP POLICY ALL WEEK, AND OBAMA DIDN'T DO THIS, AND THAT HE DOESN'T NEED THE CONGRESS, ALL HE HAD TO DO WAS SIGN A EXECUTIVE ORDER, ACTUALLY IN THEIR RETARDED GOLDFISH MEMORY BLINDNESS NOW ADMITS WHAT AMERICANS ARE TOO FUCKING STUPID TO CHECK FOR THEMSELVES:

"The order would keep families together, though it is unclear how Mr. Trump intends to claim the legal authority to violate what have been legal constraints on the proper treatment of children in government custody, which prevented former President Barack Obama from detaining families together during a similar flood of illegal immigration two years ago."

Haha I check the same article a barely 24 hours later:

"The 1997 case imposes legal constraints on the proper treatment of children in government custody, which stopped Mr. Obama after his administration began detaining families together during a similar flood of illegal immigration several years ago."

They rewrote it to make it look like Obama didn't seperate families.

What sad sacks of shit. I mean, really.

As we know mexico only sends their rapists and criminals, might as well put them in cages in warehouses, LOL!