Trump Fucked Up & Is Lying About The Intel

NYTimes report is damning. It's not naming sources but in this case it seems legit to me (they'd just get fired). You be the judge.

The most damning part of the NYTimes report is the Navarro memo written in January.... 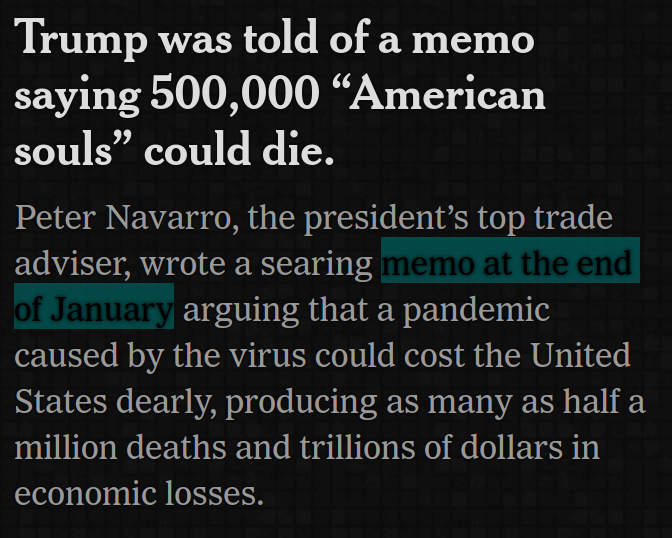 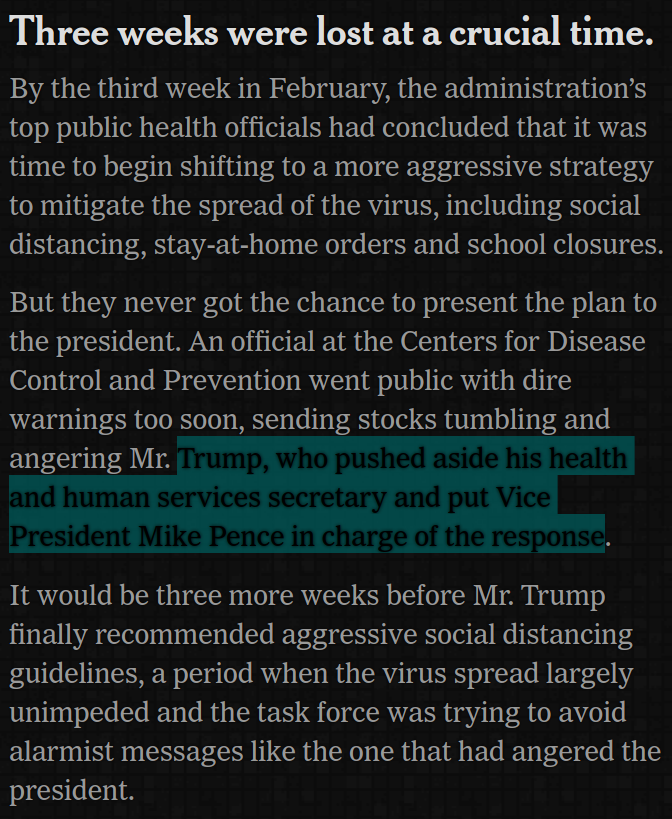 Another detail: Trump ordered the HHS (who controls all US health agencies incl CDCs) to hold classified meetings since mid-January - a move deemed highly unusual & one which forced some people out of the meetings since they didn't have the security clearance to attend. Then finally put Pence in charged who's ordered the CDC not to speak publicly about the coronavirus.

Summary of the 2 months since h2h transmission confirmed:

Jan 20 - First case confirmed, linked to China (a pre-requisite of being tested)

Fake news, he aways knw it was a pandemic and never called it a democratic hoax. BOOOOOOOOOOHHHHH!

Message for the 1-star brigade: bend over 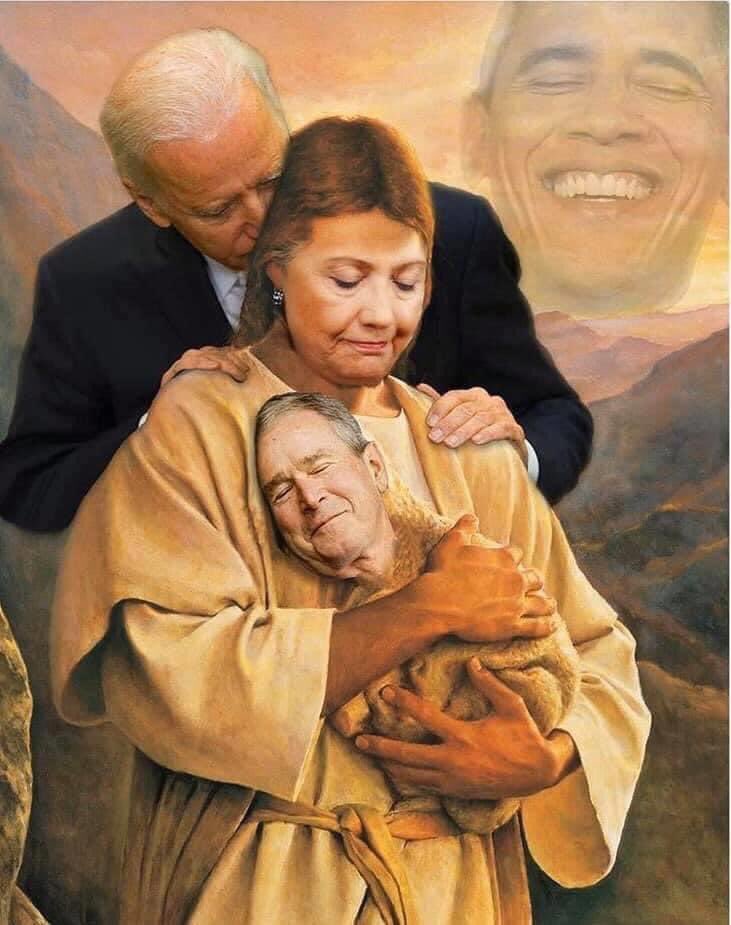 If Trump were the Captain of the Titanic:

There is no such thing as an iceberg.

There is an iceberg but it's in a totally different ocean.

The iceberg is in this ocean but its not on a collision course with us.

It's coming at us but it's melting fast: it will melt away before it can reach us.

The iceberg hasn't melted but we are skirting around it.

We have hit the iceberg, but we are in the best ship ever made: it can't sink.

The hull has been damaged but it will be repaired in a moment.

We are taking on water but every passenger who wants a lifeboat can get a lifeboat, and they are beautiful lifeboats. Look, passengers need to ask nicely for the lifeboats if they want them.

Passengers should have planned for icebergs and brought their own lifeboats.

We have lifeboats and they're supposed to be our lifeboats, not the passengers'.

The lifeboats were left on shore by the last captain of this ship. Nobody could have foreseen the iceberg.

I didn't make this iceberg nor cause it to cross our path.

Plagiarized -  Just like ol' sleepy Joe would have said it.

Congrats, retard of the decade!

i dunno i think it raises a good point about the state of jouranlism these days.

It somewhat does but this is not the point of the comment. Especially under this administration valid questions are dodged by calling it fake news. Also you must add prefix "american" to journalism.

this got on the front page?

they still could... what the fuck is wrong with you people.

Can we stop the flu today? Nope!

Corona is going to take its course on people, INFECTED doesnot equal dead. jesus christ. Recovery 90%, Death < 10% 40k worldwide, omg... lets all stay inside until 2025 maybe it will be okay by then. Dumb asses, this is only delaying the process, MANY more will die over time. Period.

Remember when Republican politicians pretended to care about 4 deaths at Benghazi? Now Trump's fumbles, minimizations, lies, and general lack of serious leadership contributed to 21,000 times that many deaths, and climbing.