defending herself against the shit she's been saying online. she posted videos of herself calling school shooting false flags, 9/11 was an inside job. her construction company took like an 800k covid loan and she donated 400k to her campaign.

but she believes in god and that jesus christ died for her sins and that nobody is perfect so...

All this hate against her wouldn't be needed if she was wrong. Good for her!

She got taken away some of her responsibilities. One of them was to do with "education". Frightening thought of her being in charge of educating anything.

Also frightening that she wasn't expelled from her party.

Education is one of the most important things that need to change.

The removal of a represenative should be a direct democracy decision, not a representative one.

If the people in her state don't care for her leadership, then they should be the ones to decide who will defend them.

Like I said before youy are way too far gone to have a conversation with.

Proof of fraud is coming out. 2 hour breakdown by forensic analysts explain EXACTLY how it happened.

Expect this to break into the news in the coming weeks.

Hint, foreign interference, dominion is VERY guilty, and judicial/systemic corruption from the top down afoot all over Including FBI and possibly CIA.

mike lindell, the pillow guy, the one time crack head and current crack/amphetamine user. thats who you think is going to bring it on home? from the clips i can find on twitter, its a dumpster fire

Don't have 2 hours? Skip to 137:00 to see the files tracked with time stamps, points of origin, and destinations.

Also, TIME admits to secret cabal influencing the election. (Still only half truths, The REAL truth is far worse than that.)

Stop accepting people's opinions and read/watch the source material. Your lazieness is astounding. Unless you think election fraud is an acceptable way to achieve your outcome. (My suspicion about you.)

How long do you want me to wait, to give it plenty of time for this "proof of fraud" to come out before I check in with you to see how well this post aged? When that time comes, and still nothing has happened, will you change your tone a bit or will you simply continue moving the goalpost?
Seriously, give me a date. I'll set a reminder and come back at that time. If I'm wrong I'll freely admit it.

this is not an invitation for a conversation BTW so don't waste your energy typing up another long-winded response; I will not reply.

Just a date, thanks.

As long as it takes.

Did you watch this video all the way through? https://michaeljlindell.com

No? Didn't think so.

Is it only proof when a judge says it's proof? Does it count as NOT PROOF if the judge is corrupt and says it's not proof, as long he's a judge?

Everything is going to come out when it comes out. If it doesn't come out then you will see an increasing totalitarian society. One way or the other you'll find out.

Fighting bad guys with power, money, and influence isn't that cut and dry.

I'll change my tune if our society eventually reverses to pre 2019 COMPLETELY.

its funny it has to be that it comes out or its a totalitarian society. being wrong isn't even a possibility.

It's the same photo LMAO.

You were saying about 9/11 being Osama Bin Garbage

How about George Floyde? You think he actually died that day? Look at this.

A bunch of Psy ops for the dumb masses.

that picture of george floyd made me laugh. its what 144p? 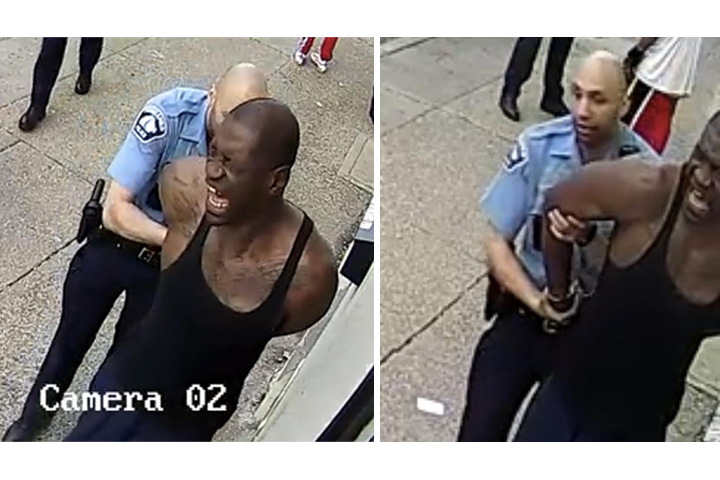 That's right. George floyde was there. But he was swapped for a double for the ground.

How do you explain two different quality shots from the SAME camera?

The stunts whole purpose was to incite riots.

And how do you explain the Osama picture? Body was disposed of "To prevent shrine from being made where he is buried." A bunch of B.S. The female prime minister of pakistan already claimed he was killed years before. The SEAL TEAM that supposedly took him out were supposedly KIA. It was all a lie.

how do i explain the quality difference? how about purposefully using a low quality still photo that was taken from a video that first posted to youtube, then ripped and put to worldstar, then ripped again and put back onto youtube and now only played on 144p

here's more or less the entire video including the ride in the ambulance with the medics doing chest compressions on george floyd, when did they swap out?

Dont worry about Osama, Someone else here will I'm sure.

alot of people see issues with floyd. some of them wear pointed hoods.

We all know you looked at Osama. You don't have an answer.

I can admit I'm wrong on Floyde.

He did nothing to help himself with his detainment. And none of the violence from BLM or antifa that followed this was justified for one second.

Just a bunch of savage trash.

spent all of 5 minutes looking into osama and turns out that no death photo has ever been released owning to the fact that they put so many bullets in him, they turned him into swiss cheese. saying they shot him 100 times is an understatment

Yeah, there is too much wrong with the entire scenario of 9/11. Too many vendettas fulfilled, government benefitted way more than any citizen of any nation. Considering how much the news flares people up and polarizes, I'm just not inclined to believe anything I'm told any more.

Better than jumping to approve of a war or violence in general just because something was portrayed in a way to make myself and everyone else upset.

getting one of those "it's alwasys someone elses' fault". you get to pick the news you listen to. if you pick the wrong one that leads you to believe that the death of george floyd was a psy op. thats on you.

jumping to approve is exactly what you're doing with the mike lindell video.

Too many suspicious things happened with the election for me to believe it was legitimate.

And all of the damaging things Biden is doing at lightning speed is confirming that to me further. I did not need a mike Lindell video or Trump telling us it was fraudulent to make up my mind. I watched the mathematically impossible surge of votes happen IN REAL time on election night, me and my room mate looked at each other and we knew it was being stolen.

It was so obvious that we were dumbfounded that every judge was rejecting it without looking at the evidence. We just knew everyone turning it away had a hand in it. A different knd of blessing as it was revealing to us who is dirty. Also 2 of the supreme court justices did note that there was enough suspicion to warrant a deeper investigation. But as far as VOTE was concerned they chose unity, and chose not to accept responsibility for the election.

According to the Epoch times, as of friday the supreme court is looking into it. They said it may be as late as October before anything happens.

The reason I support the lindell video is because it gives you alot of visual information and alot of specifics that would take me forever to explain, let alone if I even could explain it properly.

I keep telling people to watch the whole thing, and not just the highlights because it is a jam packed 2 hours of content.

This was not a simple rig to pull off at all. It had very little to do with the mail in ballots, though some aspects of them were a part of it. The election was hit from every concievable angle.

At least a dozen countries and hundreds of companies were involved in the attacks on the voting machines. Though roughly 60% from China.

Probably a lot of it paid off with American tax dollars.

There are a lot of reasons we can't let this go. This is bigger than a preferred candidate or policies. If there is even 1% chance this happened, then we may never have a real election EVER AGAIN.

If this could happen in the U.S. it could be happening everywhere.

At that rate we might as well have a dictator or a King.

No matter anyone's beliefs. NOBODY wants that.