IF IT WERE NOT FILMED NO ONE WOULD BELIEVE IT 33

Waiting for FullAuto to give us more statistics and memes about guns. 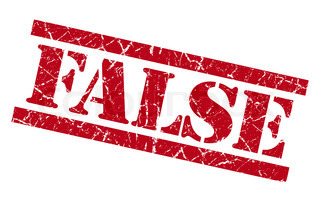 So how would you ensure that these people don't get their hands on guns?

If you and I were to have a chat on October 1st at 10:00 a.m. (which was more than 12 hours before he commited one of the largest mass murders in America's history) over whether or not all Americans should be allowed to have guns you would have answered in the affirmative.  I would have then described Stephen Paddock and mentioned the red flag that he had purchased MULTIPLE guns over a short and recent period of time and you would have simply told me that was his right and he is exercising his American birthright.

At 10:00 p.m. you would then be offering up your thoughts and prayers and posting memes because you are afflicted by The Fear.

One might also ask at what point does the cons outweight the pros.

Let me chime in.

Whelp since the "cons" here are all about retaining the foundations of the sacrosanct constitution.

Like all religious tenets that don't apply to the present. It's all about preserving conventional idealogal precept rather than application to the natural present (in order to maintain order). Basically old rules, idea's and visions can be circumspect to social evolution. Social evolution exists when the world has a better idea than the previous.

American idea's of cultural freedom are very nostalgic and fragmented hence the eternal 2 party system. For the most part it works. But not because of the individual. The Pro's are intimately connect to the above point. Arming yourself at one point was relevant moreso for civil liberty and govermnetal segregation. Now, since brutal force is not the primary method of governmental control (brutal farce?) and the general population is much larger than it once was. Information, is much more dangerous or efficient to either stabilize or pacify the common tax payer. If the government reaĺly wanted to destroy it's own people, say by some massive and brutal marshal law enacted by a meglomaniacal president and senate. I dont think it would be that hard to take down joe confederate goober. Waco is an easy rebuttal, but thats still the FBI working with-in the confines of engagment protocols. Not to mention, how were those stockpile of guns procured initially? Legally?

The idea that guns are tools to protect yourself from other guns, but not enough to stave off the rampant deaths from gun assailants. Is semi-irrational. That line of rationality is similar to putting out fires with more fire. Only one side of fire is bureaucratically sanctioned while the other half of the conflagration is frowned upon.

Now Im sure there will be a sentimental gun nut with graphs or 1 video of someone successfully warding off an attack with a gun. But there is more information and videos presenting the opposite destructive consequnces. Including this one. Fake or not, these are funny because believable. Maybe not from a mechanical standpoint but diffinetly from a circumstantial one. OH and then there was the contmporary las vegas shooting killing many random people...The most in American history.  See? Timing. This shit happened because of timing. Not because of arguing with the rules of men, or simply the nature of a single man or all men, but because of the present and all it's machinations.

Guns are fun and used in sanctioned wars. Citizen rights do not supercede their right to irrational behavior. Ironically this type of socio-political concept of freedom is inadvertantly anarchic. I'd rather have anterior anarchy personally, but I'm a powerless unarmed citizen.

Please excuse the spelling errors. I wrote all this word pasta on a cell.phone.

Thank you and have an A-1 day. 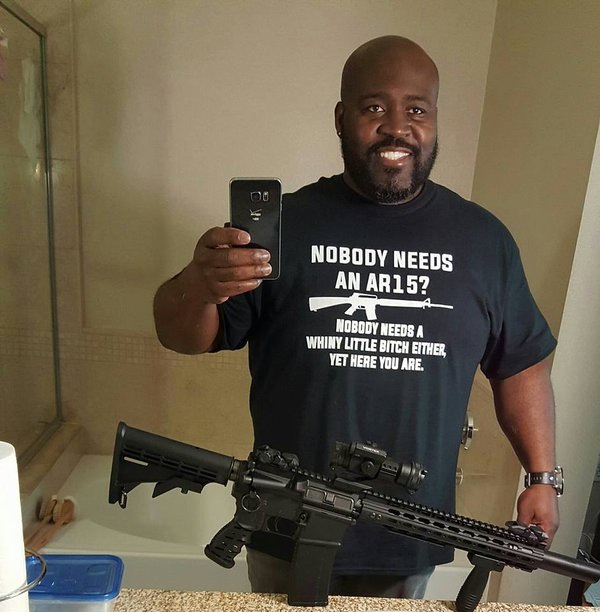 That's cute.  At no point have ever I made anything close to an assertion that I am a "real man" because I carry a firearm.  Your position is so obviously weak and paper thin that you have no choice to attack me personally in a vain attempt to prop up your bullshit.

"Guns murder" What a fucking stupid way of looking at the world.  Do pencils cheat on tests now?

So when ISIS was beheading people, it wasn't a Muslim decapitating an infidel, rather it was "a knife" decapitating someone.

This is problem with people of your dumb ass mind set.  You focus on a thing and avoid facing the root cause of murder, people who commit murder.

Something else.  All of those countries apparently have the type of civilian disarmament you would love to see in the United States and yet killers are still getting their hands on firearms and committing murders.

None of those countries are free. "I prefer dangerous freedom over peaceful slavery." - Thomas Jefferson, letter to James Madison, January 30, 1787.

"Before a standing army can rule, the people must be disarmed, as they are in almost every country in Europe. The supreme power in America cannot enforce unjust laws by the sword; because the whole body of the people are armed, and constitute a force superior to any band of regular troops." - Noah Webster, An Examination of the Leading Principles of the Federal Constitution, October 10, 1787

One might also ask at what point does the cons outweight the pros.

And one might answer, when the pros happen to be the garuntee of liberty granted by hundreds of millions of citizens able to defend their rights aginst a tyrannical majority it cannot be outweighed by imagined cons. 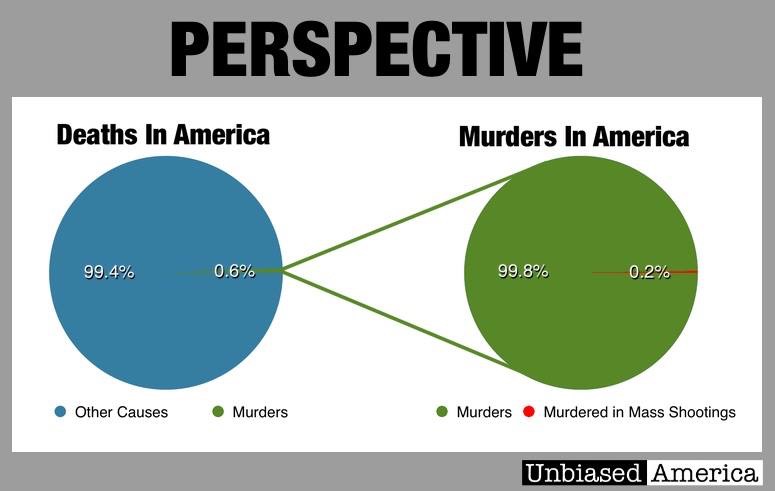 I'm wondering how the rest of the 1st world countries manage to be free without having a rifle for each man, woman, and child.

The simple answer to your query is, they aren't free.  Not in any real sense.  The people living in those so-called "first world" countries have privileges granted to them and may have their privileges taken from them any time the ruling classes decide it necessary; the one exception to being the nation of Switzerland.

When you can be imprisoned and fined for making a crude joke under the label of "hate speech", you are not free.  When the State says you cannot hold your hand out and mimic the salute of Nazi Germany as a joke, you are not free.

And most importantly, when the State says you may not possess or carry weapons for your own defense under threat of imprisonment, you are not free.

Gun grabbers like yourself point to tragic events and claim civilian disarmament is "needed".  "Necessity is the plea for every infringement of human freedom. It is the argument of tyrants; it is the creed of slaves." - William Pitt (the Younger), Speech in the House of Commons, November 18, 1783.

Yeah, I'm still not seeing how a US citizen is freer by owning a gun than say a UK citizen. How does it show in everyday life?  I think you've watched too many movies and haven't noticed that the so-called "freedom" or "The freest country in the world" is a fucking gimmick that politicians spew out every chance they get. Sure, you're free compared to Honduras, but so is every other 1st world country.

If your paranoid about your government stripping you of your rights, well that just says something how free you really are.

Maybe you need to build a doomsday bunker under your house too, because true freedom is really about living in fear /s 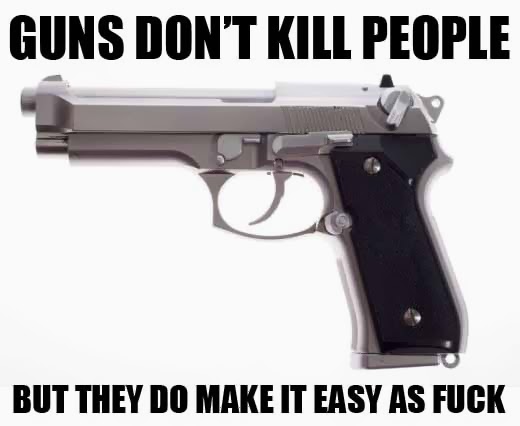 Guess what snowflake, sometime it's necessary to kill motherfuckers.

The difference between you and I is that in practice you are completely fine with everyone cowering in fear while they await their doom at the hands of some evil son of bitch; and I support and defend the absolute right of the common man to use firearms to stop that evil son of bitch from harming as many people as they can before the fat fucking doughnut eaters show up with, what else, GUNS.

That being said there still are some people out there who I firmly believe are too fucking stupid to own a gun.

I totally believe you but are you just stating opinion or do you have evidence they are fake?

I didn't mention any clip in which I had a doubt. I should have explained my reasoning but I was lazy. Here you go:

0:52 : No recoil. And the muzzle size indicates it's not a .22. An uncompensated .22 would have had more recoil than that anyway.

1:38 : The gunshot sound cuts way too short. It should have kept reverberating for a second or two. One would think the recording equipment got overwhelmed by the sound but as soon as the sound of the shot cuts off you hear the guy breathing and his chair creak.

2:47 : Whoever spent a decent amount of time shooting clays will tell you that the hat flew off his head way too early. And it flew in the wrong direction.

3:16 : This one you can see the poor edit job on the shotgun when it fires and it seems to blur in a different direction for a frame or two then return to where it was. And the shot sound was cut short.

5:18 : The muzzle flash is not only some generic after effect but remains static and disconnects from the muzzle while the shotgun still moves away from it for a few frames.

6:22 : The actor obviously shakes the gun to simulate recoil

ONE OF THE REDDEST HERRINGS YET, lol!

I heard there are some cherry orchards that need your unique cherry picking skills.

You can call it what you want. I prefer to call it evidence that violent crime is not the result of an armed population.

This is "evidence" that in a country where licensing and registration of guns is mandatory and people owning these gus actually HAVE gone through a proper training process gun crime is less of an issue than it should be in the US.

I know the data is from leftist, marxist gunophobe wikipedia but (deaths per 100.000):

And all that despite a way more relaxed immigration (as in asylum seekers) policy than the US.

Really shitty places to live in.... Like Honduras maybe? 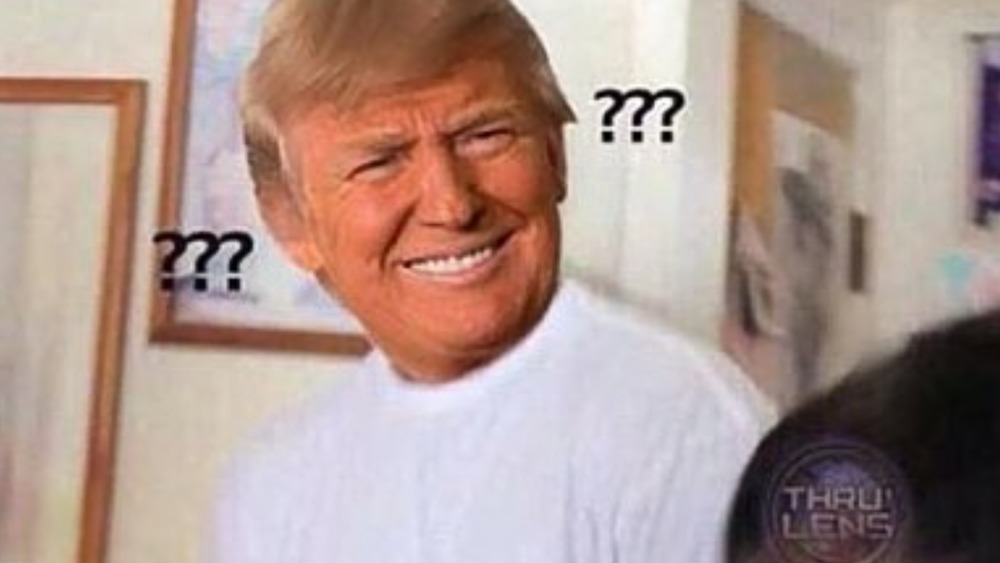 can we get a compilation of police murdering unarmed civlians? And then can we vote on which group we would like to see without them?