I can say this - he's the only president I've ever seen that didn't seem to age rapidly. In fact he doesn't look like he aged at all. That's actually strange - I'm not sure he's human.

he looks like he got younger tbh, lost some lbs. 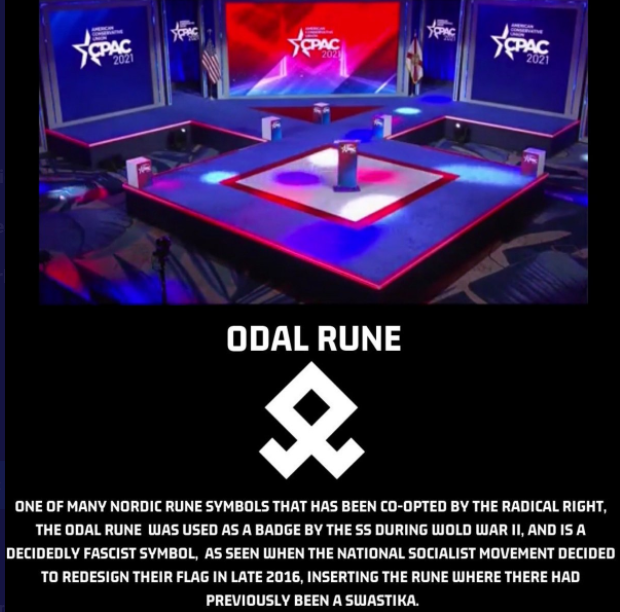 Looks like Spiked has a new conspiracy theorist. Good one Sal.

Jews are increasingly unsafe if they are alone with far left democrats. 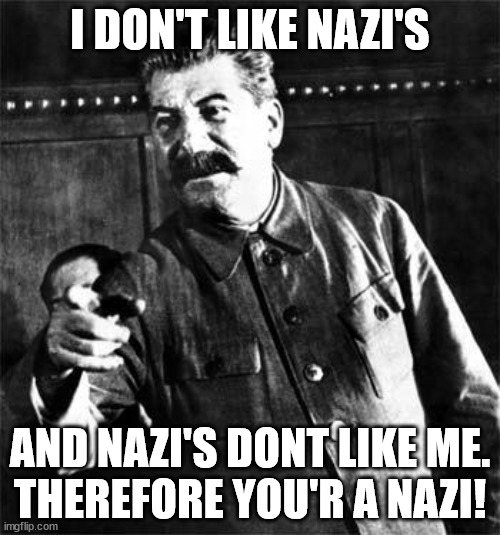 Let's not forget this white supremacist!

That very basic practical stage design used for countless events in all contexts is racist because it happens to look like a nordic rune from above, a primitive language conjured up by people who found them easier to communicate with by carving them into stone and flesh using their weapons, one of many many symbols the nazis stole from other cultures' histories and readapted for their own retarded symbolism and ideology, which their main symbol, the swastika is literal proof of.

I'm actually baffled that you'd rather believe that republicans are capable of putting elaborate secret messages, symbols and codes into television events like they're master minds of modern media, like Qanon conspiracy theorists claim exist, than just going on the standard rant against the bad orange man who is literally standing on a stage and yelling from his podium, like that didn't adequately fulfill the requirements of making a bad nazi comparison.

You're basically just a Qanon who reached a different conclusion.

Actually, you're somehow even worse by being part of the crowd who merely copy/paste the badly made images by those retarded enough to take the time to actually make them. You make the legions of retards like Qanon/Antifa etc possible by sharing their content endlessly on social media.

You are the subsequential pulp of ideological mis-and disinformation. Somewhere between an anti-intellectual and pseudo-intellectual, that's you. That sticky shit none of them wants to come into contact with because you're corrosive by nature.

The ideological personification of a facehugger, aggressively leaping onto unsuspecting victims' heads, grinding your nasty vagina in their faces, forcefully pushing your unevolved eggs of "ideas" down their throats, while threatening to strangle the life from them at any sign of resisting it. An ideological rapist completely unaware that your existence is only a means to an end even worse than yourself.

I dont see the odal rune.

I do see someone bent out of shape inside thier mind posting bullshit though.

so much fragile masculinity in this thread