Jeffrey Epstein committed suicide in prison and the conspiracy theories are already flowing.

nobody is surprised he's dead, that's not the conspiracy

Too many to even start. Just keep watching. There are a ton of them already. The Clintons, the deep state, Donny has more to hide, etc, etc, etc

Totally! Reading the opinions of other people on internet sites is nerve wracking as hell!

So you do not believe that the Russian government interfered in the 2016 election and Trump rejected that help? Everyone has an opinion. I believe what U.S. intelligence agencies under the Trump Administration say and they say that the Russian government, with Vladimir Putin in tight control, was a foreign power influencing our electoral process.I believe we landed on the moon and that there were dinosaurs too though, so it's just an opinion.

Everyone has an opinion

...with Vladimir Putin in tight control, was a foreign power influencing our electoral process

this is a conspiracy theory you believe. It's pretty much proven to be bullshit fyi. There was negligable effect on the election results, according to the investigation itself & it's not proven at all that Russia even meddled.

Your conspiracy theory is based on the FBI/CIA hoax which goes against what's been coming out of federal courts. A federal judge has ruled that there is no proof of a link between the Internet Research Agency and the Russian government. The leak of the Podesta emails has not been investigated properly at all, it hinges on a couple of blog posts by CrowdStrike - a private company & contracter to the DNC who are the only ones who've handled the server.

WOW. OK. I'm going to disagree and I believe you are pushing a lot of bullshit.but it's what you believe. Cool. 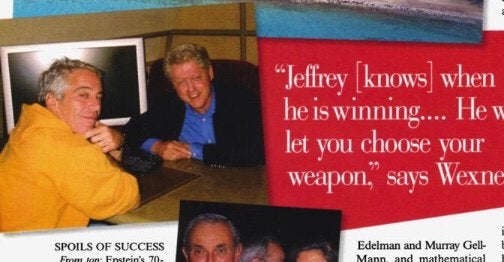 It's pretty obvious why this story has you sperging out so much. Most of the people that Epstein would implicate are Democratic politicians, celebrities, and businessmen. The scandal is pretty one-sided if it ever gets to see the light of day, and this Epstein "suicide" has all sides of the political spectrum questioning whether the mainstream media narrative is all it's cracked up to be. Better get ahead of the story and declare anyone with some common sense a conspiracy theorist, because once this genie is out of the bottle, there isn't going to be any putting it back in.

OK, another time, I-DON'T-LIKE-DEMOCRATS-I-BELIEVE-TRUMP-IS-A-LIAR-A CON MAN-A SCAM ARTIST-AND HAS EASILY SUCKERED THE HUGE BLOC OF THE U.S. WHO ARE MORONS. Somehow, in the same way that Trumptards believe that anyone who sees them for what they are are somehow Democrats, they think that because Trump, many rich and powerful people, and yes kids-many Republicans had ties to Epstein. It's a Trumptard psychosis.

EVERYONE on all sides was very nervous about what Epstein knew. Playing a political game with it is purely retarded. I just post a pic or a video with Trump and Epstein and Trumptards start screaming that it was just Bill Clinton-who is a complete asshole-who was associated with him. WTF? So when the genie comes out of the bottle, Trump's close association with Epstein will just wither away? Yeah, I'm way out ahead of it all. Give me a break.

My joke was that conspiracy theories would be coming out of the woodwork regardless of what the truth is. I was right. Trump is even promoting the conspiracy theory that Epstein's death is linked to Bill Clinton. The president. With no evidence. The guy is a scam artist pushing a conspiracy theory. It's pathetic.

Trump, describing pedophile predator Jeffrey Epstein: "I've known Jeff for fifteen years. Terrific guy. He's a lot of fun to be with. It is even said that he likes beautiful women as much as I do, and many of them are on the younger side. No doubt about it -- Jeffrey enjoys his social life." 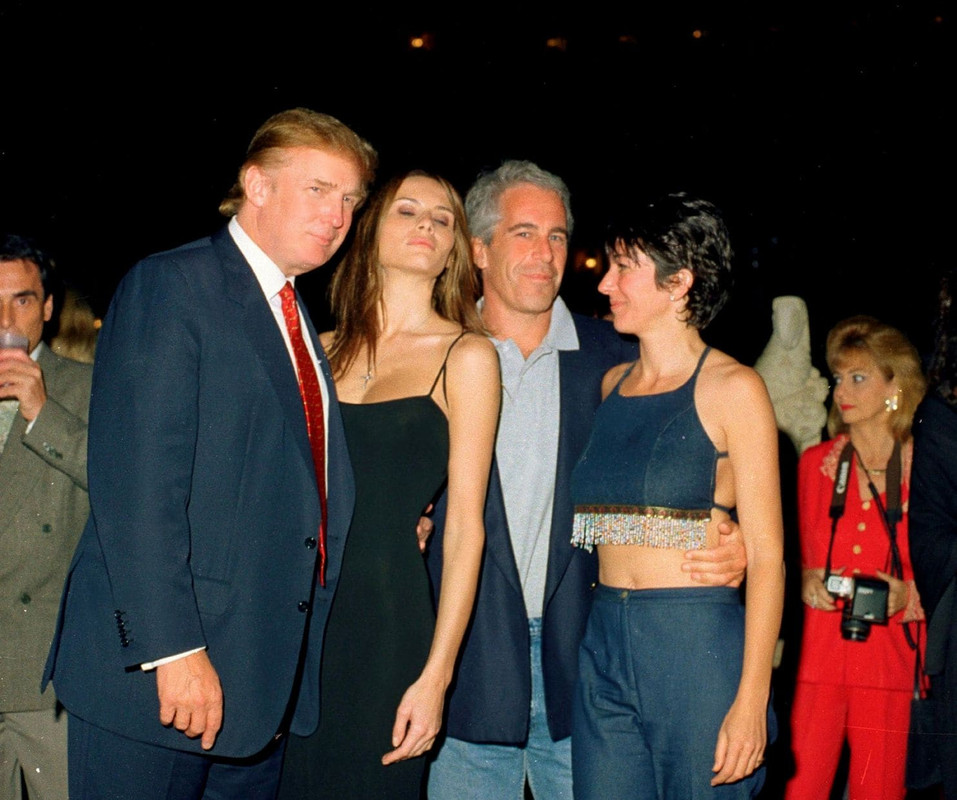 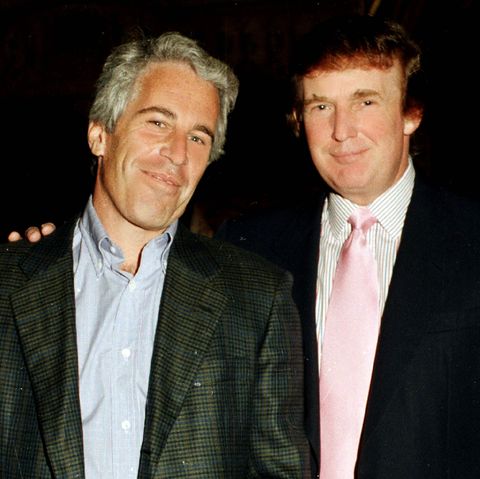 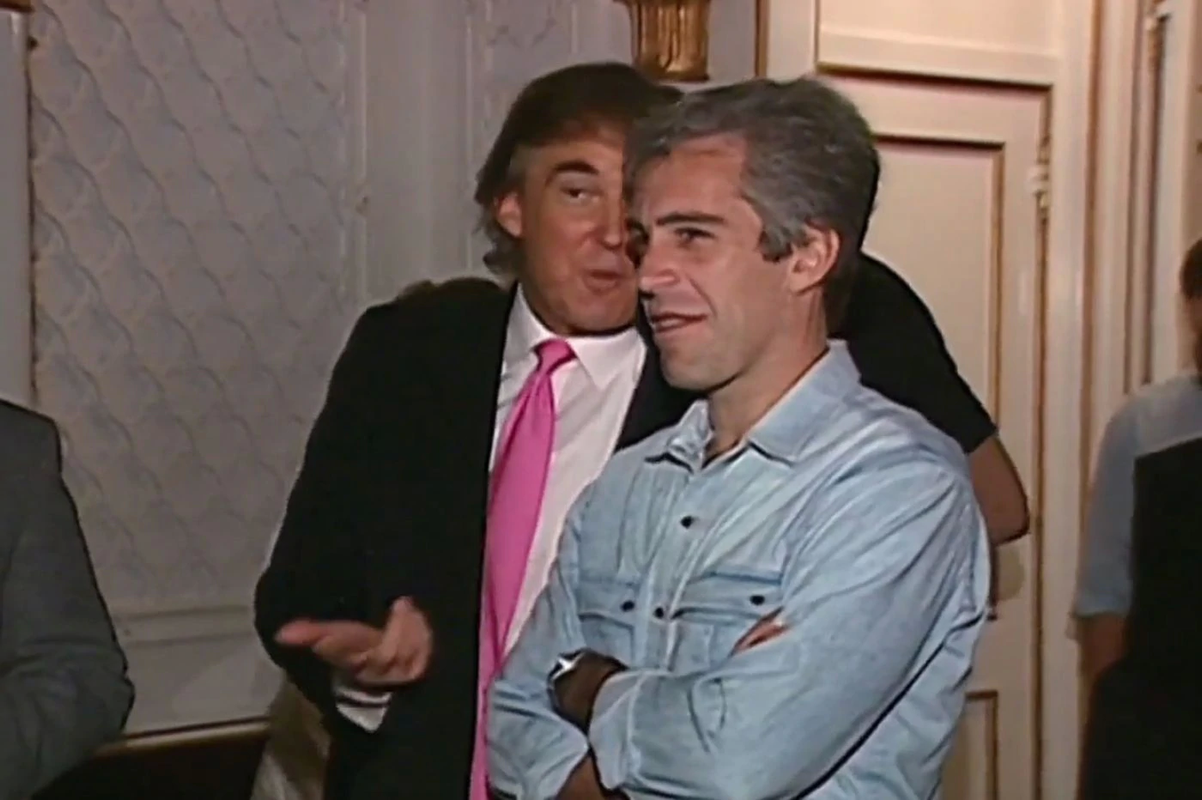 Look this isn't meant as on attack at all but dude I think you need to understand that for several years now all anyone here has seen you do is parrot Democrat establishment talking points. That's it. You've done posts that just go on and on and on listing nothing but Democrat corporate talking points pulled from Democrat corporate talking point guides and friendly media. So this is the reason why even though you say that you're a republican I think many people here don't believe you especially considering the multiple accounts you used and instead think that you're actually a corporate Democrat supporter. This is just free information that I'm giving you. I don't much like Trump either although I'm not obsessed with hating him like you are but I would never use corporate Democrat talking points to attack him because all I'm really doing is helping him. And there are more important people who need to be in office.

Many accounts with corporate Democrat talking points? OK. Here's the story: I have lived in New York State my whole life. I personally know contractors and former contractors that Trump has fucked over and have watched his con jobs, scams, and shams for many years. It is impossible for me to just look the other way while he pulls the same shit off on an even bigger scale and millions of Americans actually believe the guy when he is out to enrich himself, his family, and his friends. He doesn't give two shits about anyone else and he has a cult of Trumptards, a media agency in the form of Trumptard state media, and the Trumpublican Party supporting everything he does. It's a complete clown show. I've been set up well for life and have little to worry about other than health, like everyone else has health to worry about it. It's very bizarre watching Trump play the same games and people believing him. Truly hard to believe.

Okay so do you want to take this fucker out? Yes? Then stop drawing from establishment DNC-friendly media even though you have stock in Raytheon. Their strategy has failed spectacularly because it was based on the management and manipulation of perception in support of a war economy buttressed by a fascist ideology cloaked as compassion exploited by MSM marionettes who don't even comprehend what they are pushing - all they know is that they are DNC and this is the ammunition they use against Trump to generate views via outrage for profit, and all of this is currently imploding before our eyes. Also reportedly Trump is just about at the end of his rope - how long can meth sustain a person even with his ego? I would imagine there's a breaking point in the first term somewhere - all y'all had to do was wait for it, and usher in Tulsi. So simple. It's still possible, but more likely that he'll get a second term and burn out completely some time during that term and then we'll get her in 2024. My nightmare is Google successfully re-establishes messaging and perception control over the critical mass, and like before people are too busy and distracted and therefore can't be bothered to work for the truth, and we end up with a corporate democrat like Biden or Harris in the White House. If the war-mongers get it back they'll make sure they never, ever, let it go again. Ever.

Trump realizes now that it's one thing to vaguely recognize that US foreign policy is criminal, self-defeating, negligent horseshit and another thing to actually stop the weight of that MIC freight train. And when faced with a choice between delivering on non-intervention and avoiding "losing" he's going to pick avoiding the perception of having lost every single time. That's all he is - a guy who likes to be seen as a winner. He's got like the opposite of Ted Turner syndrome - he's a white, orange version of Kanye West, only somewhat more sane believe it or not. It'd be better to get him out now - now that he's served his nominal purpose. Because he won't lose to a corporate Democract - even with all of these Silicon Valley shenanigans too many folks are awake or at the very least highly skeptical. Since the last election even my mom, who is 70-years-old, has said goodbye to MSM media and now consumes all her news through YouTube. She says she can't even watch it anymore, now that she realizes there's a whole other source of information for those discerning enough to apply common sense to their consumption of news, media analysis, and opinion.

Trump will win if he faces a corporate Democrat - the trick won't work anymore. People like Tulsi on that debate stage will, at the very least, drive progressives and compassionate folks on the left like Dore to not vote at all, or vote for a lost cause, or vote for Trump. They won't vote for Biden - they won't vote for Harris. Maybe that fake Native American chick, but I doubt it. She does have some fire on the stage though - a battle between pocahontas and Trump would at the very least be entertaining. But it's not the answer - she will fold on whatever promises she makes just like Trump has been smothered. Your stock investments have more power than any president, Monkeymania. They empower psychos to keep this wheel of horror going because there is money to be made and, fair point, bills to pay and groceries to buy and children to take care of. We literally fuel the care of our loved ones off the misery of death and war that we inflict on folks half a world away that we don't understand and who just want to be left alone. It has to stop.