The DNC's Suicide by Socialism

The DNC's Suicide by Socialism

When you're under the gun for long enough, the barrel starts to look inviting.

didn't know you were into dudes that wear mascara

didn't post it cause the name of the file does the trick.

typical GOP is doing everything they can to normalize degenerate behavior.

ad-hominum worth nothing. attack the message not the messenger.

my comment of "typical GOP is doing everything they can to normalize degenerate behavior."

the mascara photo is a parallel to the one he posted in the same thread i got the quote where he called the below people " degenerate". one he hates, the other he promotes, they both like facepaint. damn hypocrisy 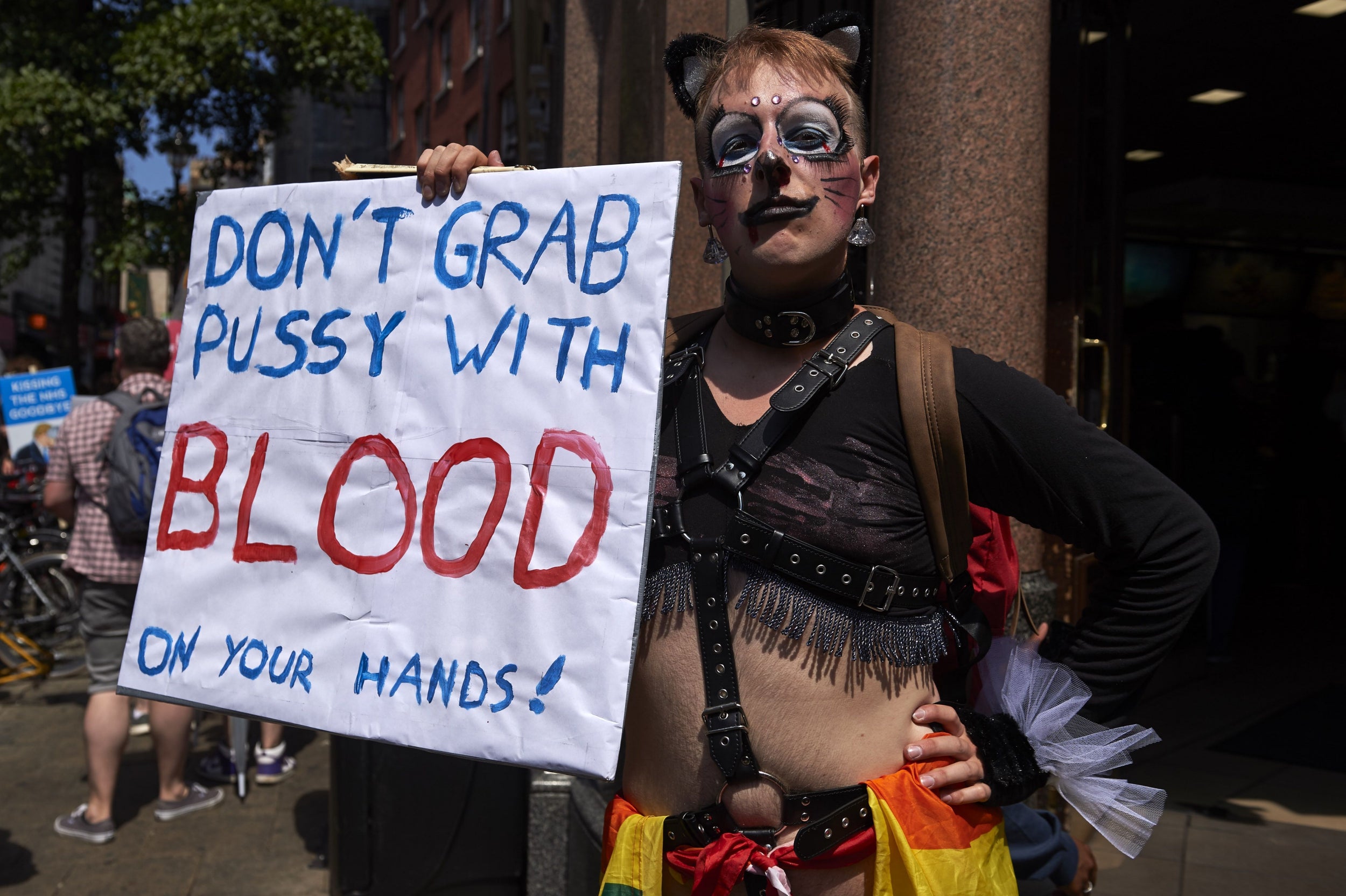 so in this video of 7 mins and 55 seconds. how many ad-hominum attacks does this guy make?

isn't this "also it's kind of annoying how this guy talks so fast to try to hide that much of what he says is just babble" an ad-hominum attack?

since this guy is on youtube promoting himself and his message that he's putting out is actually just his opinions. he is the actual message.

no it isn't. a liar can tell the truth and an honest man can be misinformed and make hasty assumptions. bad ≠ wrong.

mine wasn't ad-hominum because i wasn't saying he talks fast therefore he's wrong. how and by whom the message is delivered has no bearing whatsoever on the accuracy of its content.

you reduced his words to babbel. incomprehensible words because you felt annoyed by the speed of which he spoke.

how and by whom the message is delivered has no bearing whatsoever on the accuracy of its content. thats bs.bill cosby wont get a job speaking on behalf of sexual abuse victims. big brother and sisters wont hire a convicted child molester to speak for them. or how about the letter Einstein wrote to Roosevelt about getting a nuke. if the letter came from a 7 year old down the street would the message be the same? is the message the same when the accuser gets to speak for the victim? cops dont usually take the statement from an accused abuser. "she fell down the stairs" doesnt mean the same when the vicim repeats it

you're conflating feelings with facts. the messenger may change your feeling towards the message, but not the factuality of its content. if bill cosby said "1 in 5 women are sexually assaulted at college", you can't just say well that must be untrue because it's a known perpetrator of sexual assault saying it. it is in fact completely true, and will still be true no matter who says it. claiming cosby to be an offender isn't an argument against the fact.

kind of annoying how your talking X to try to hide that much of what you're saying is just Y. not an ad-hominem because i wasn't saying you're talking X therefore you're wrong. doesnt it look like a template to an ad-hominem attack?

you got target fixation on the definition of the word message and not what the word represents. you're stuck on whats written and whats said. so here's something that has neither

under your concept this man conveyed no message to the the parties recording right? he said nothing nore wrote anything.

so to bring back cosby and the molester. those people wouldnt get them to represent them because of the nonverbal message that it would sent out to people. an example of that is Disney firing the director of the guardians of the galaxy movies James Gunn because of tweets he put out years ago.

which is cool cause it brings it back to original point of the youtuber being the message and the messenger. James Gunn was a messenger, his message were his own words. atleast at the time he was the message. his words about what he wrote "they don’t reflect the person I am today or have been for some time"

to see if were on the same page. what message did Disney's actions send the public? keeping in mind that Disney has not put out any verbal or written message.

we all live in a society, and social solutions to public problems make sense. take healthcare for example. we live longer and healthier when everybody around us gets proper healthcare. even the richest americans with the best cover don't live as long as europeans with free heathcare, and it also has the added benefit of costing less than not paying for free heathcare because of lost taxes and income.

for defense it also works, since attacks on the country don't come house by house, it doesn't make sense to have private defense and so america's defense system is 100% socialist - everybody pays from their taxes and everybody gets the same amount of defense. the largest social program in america isn't medicare, it's the pentagon.

compared to the pentagon, at least free heathcare and education aren't just money down the drain, they're investments. all over the country people give away billions of dollars to companies to do whatever they want with, because they know that they'll get more back in the future. some of these investments of course go bad, but on the whole when you invest in enough different companies, you make more back than you paid out. it's exactly the same with healthcare and education. having a whole country of healthy, well-educated people bring a large return in taxes and consumer spending, much more than the initial investment cost.

do you own any stock? then you do support free education! because you understand that it isn't free after all, it's an investment.

i read a report a couple months ago that found the democrats would guarentee better success if they adopted a progressive platform, and it's good to see that coming true in a big way.

also it's kind of annoying how this guy talks so fast to try to hide that much of what he says is just babble.

yeah i've heard that, and he's just wrong, as evidenced by every country that invests in a healthy population. you may note one of the lawyer's tricks he uses at 1:25 when he says there's a heavily regulated market in healthcare, without giving any evidence for that conclusion. he hides this by first giving a factual statement "there is no free market", which makes people not question his follow-up statement "there's heavy regulation", which is completely untrue.

most countries do have regulations in the medical field which ensure both that companies cannot profiteer from sick people, and also forces innovation as healthcare providers have to keep below set pricing limits. here in japan they have such regulations on pricing of diagnostics, and that has led to japan now having the highest number of diagnostic machines per capita in the world, and a life expectancy much higher than the USA which has no such regulations.