The unfortunate thing is that stupid people actually don't know they are stupid, they think they can "grasp" everything and that the dumbed down versions of "truth" served to them by their "heroes" or "prophets" has nothing to do with reality.

The unfortunate thing is that stupid people actually don't know they are stupid, they think they can "grasp" everything and that the dumbed down versions of "truth" served to them by their "heroes" or "prophets" has nothing to do with reality. - Daft Cunt McStupid

Didnt you learn from this? You cant argue with stupid! They will drag you down to their level and beat you with experience! Stop arguing with Dumbcunt.

I'm not, I'm not - just like to point out how often he complains about "the stupid" in the stupidest way one could imagine.

Yeah, it's the incapability to even question if you are actually smart.

How often do you question it, or is it just self evident that you are smart?

Exactly. skeptoid above is a great example for it. He never questions his ability to comprehend extremely difficult matters but goes with his hunch and searches for "answers" that match his bias accordingly. This is not "being skeptic" but quite the opposite. 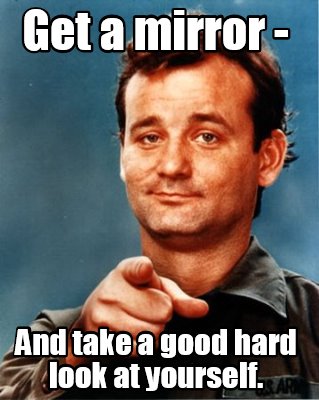 Getting frustrated and angry again, Clifford?

Vent your anger, buddy, better here than on your family. They probably suffer enough from you when you are "normal".

See you're arguing with him - yes it's hilarious how often Daft Cunt McStupid attempts to describe me and ends up hilariously describing himself. But, if you ask me, it could be part of the trolling - it's hard to believe someone could be as stupid as he seems to come across.

Was actually replying to you, daft.

I guess that serves as good example of not even considering it on your own part.

Not trying to single you out, we all tend to think were smarter than we actually are. Some more then others.

Didn't the dunning kruger effect state that those who doubt more are usually the smarter ones.

The fundamental cause of trouble in the world today is that the stupid are cocksure while the intelligent are full of doubt.

I know, and I really was hinting at you in my reply.

skeptoid is residing on the peak of mounts stupid on most controversial topics.

When people deny the scientific concensus but decide to go with a "hunch or a feeling" and then decide to say "yeah, look at what he said" when somebody seems to bring a valid argument, THEY forget that they are NOT experts.

When I say I have to trust that the current science is righton global warming and on vaccines against corona I don't do that because I am a climate scientist or a virologist but because I have to rust those that actually are because I KMOW I don't have all the information and I KNOW thast even if I had I wouldn't be able to draw meaning ful conclusions from them. SO I know my limits. In contrary to others I have not lost trust in scinece and the scientific process and currently statistical analysis appear to make my case. I MOST DEFINITALY WILL NOT listen to people that exclude themselves from the peer review process.

Some on here think they are bright enough and can "think for themselves", of those skeptoid at least tries to inform himself, you otoh are more despicable as you (at least on the climate change subject) admitted you are not interested enough but STILL think you have an educated opinion.

So to put it simple:
You're not a virologist (climate scientist)? You're probably not an expert on the topic and will have to trust the scientific consensus. If you don't but still think you know better you probably reside on mount stupid.

The degree to which you are obsessed with me, naming me in almost every comment you make these days and continuing to organize your suggestible relatives to reflexively downrate every submission I make, suggests the opposite of what you claim in your comments about me. Do you understand that?

Obsessed with you? I hardly think so. I took you (again) as a perfect example for bias and delusion.

You are usually the one that cannot not reply to me. Funny, right?

"you otoh are more despicable as you (at least on the climate change subject) admitted you are not interested enough but STILL think you have an educated opinion."

I don't deny climate science. I think theres a good possibility its incomplete and for some reason you get your panties in a bunch when I say that.

I question it, but not in the sense that I know better, or that I'm an expert on the subject. Only that we might not have a full understanding because it's a highly complex system.  So it's kinda similar to what I implied earlier, I ask, is our science actually as smart as we think it is?

BTW we have corona in our household now. Everyones got a fewer and cough going on, none of us are vaccinated. My wifes sisters family also caught corona. Everyones there vaccinated and the same exact symptoms. Same situation with my inlaws. Vaccinated and all are going through the same symptoms.

Don't know hows that possible when science says vaccines are super effective, but what do I know, I'm not a virologist.

It's because, like with pat-downs and some dude fondling your junk at the airport, the actual purpose of the measure is unrelated to addressing the stated threat. It's something else - the threat is simply used as an excuse to implement the measure. This is very obvious to you and I, but idiots like Daft Cunt McStupid, who knows his limits, can't grasp it.

"Don't know hows that possible...." this has been explained a felt million times:

Your family has no statistical significance as there are simply not enough participants, especially not in a pandemic. What you wrote is like rogan saying "I took ivermectin, had a mild corona so ivermectin helped."

Pfizer gives an efficacy of 91% in preventing symptomatic COVID. Guess were just unlucky.

Shits spreading like a wildfire here despite +90% vaccination coverage.

Shits spreading like a wildfire everywhere. Still everywhere the vaccinated have in general softer or no symptoms, even with omicron.

Unless you mistrust what the health authorities report........

"Unless you mistrust what the health authorities report"

Health authorities said everyone take the shot so it doesn't spread. Get the vaccination level to 80-90% and it will stop.  Most people did so and it's still spreading.

So, why on earth would I not trust them? Why wouldn't I trust a profit-driven drug company that can make billions off of this and the way this whole thing is politicized?  /S

You know if you don't have even a tiny bit of skepticism regarding this whole thing, then you are exactly what the video is describing.   ->2:00-3:27

Yeah, right. What are vaccines for?

To stop (or better reduce) the spread and to help people overcome the illness.

As for example for flu vaccines in people or parvo vaccines in dogs the vaccinated can still contract the virus and spread it, HOWEVER, over a way more limited amount of time and they are generally less contagious. This is NOTHING NEW. The differnce is that neither cause a pandemic.

It is (and has always been) about risk reduction. You most definitely should not always trust what your government puts out there (they of course will at least oversimplify the issue) but when you start questioning the reported figures by the health authorities either you live in a very corrupt country or need to get rid of your tinfoil hat.

It is not important what the government has to say but rather what the experts think.