BIRMINGHAM, Ala. — Thursday a Blount County judge acquitted two Birmingham attorneys of obstructing government operations. Victor Revill and Megan Garcia were handcuffed and arrested outside the Blount County courthouse in 2017 for refusing to consent to a warrant-less search. Revill says the arrest was "tough and humiliating," but he says he knew his rights under the law and had to stand up for what he calls an overzealous prosecutor. Revill says he and Garcia now feel vindicated. "If Pamela Casey is doing this to the citizens of Blount County, that's a problem, that's a big problem...," Revill said during a news conference Thursday. Revill and Garcia were acquitted without having to put on a defense. The judge in this case granted their motion for acquittal after prosecutors rested their case Thursday afternoon. “It’s been an emotional roller coaster. I knew it from day one, February 23rd, 2017, I was innocent," Revill told ABC 33/40. Body cam video captured that same day a year ago shows when the two lawyers were put in handcuffs outside the courthouse. Revill's attorney Clayton R. Tartt says deputies were there under the order of Blount County District Attorney Pamela Casey and says Oneonta Police made the recordings of the encounter. Tartt says, “The charges came as a result of them refusing to consent to an unlawful search.” Garcia and Revill were in court with a client that day. They say shortly after their hearing, a Blount County Sheriff's Office deputy approached with a warrant to search their client and his vehicle but not them. Revill says an investigator asked to rummage through a bag that belonged to his associate. In the video the woman tells Garcia and Revill, "We either need the phone out of the satchel or we are going to have to detain you." You can hear Revill's reply seconds later. "I am not going to give you anything that on our person that you don't have a right to," says Revill. At the press conference he expounded further upon what happened 13 months ago. He says what hurt the most for him is when he called his wife, who was nine months pregnant, to explain why he was detained. “It’s a shame in this country, in this state, that you have overzealous prosecutors, overzealous law enforcement officers, that are willing to violate someone’s rights by any means necessary to achieve their end," says Revill. Garcia's attorney Stan Glasscox says she had only been practicing law for less than six months when she was arrested. He says the acquittal was overdue. "This case, this injustice, that was almost perpetrated on my client and Victor, originated in one office. The office of the district attorney of Blount County: Pamela Casey.” 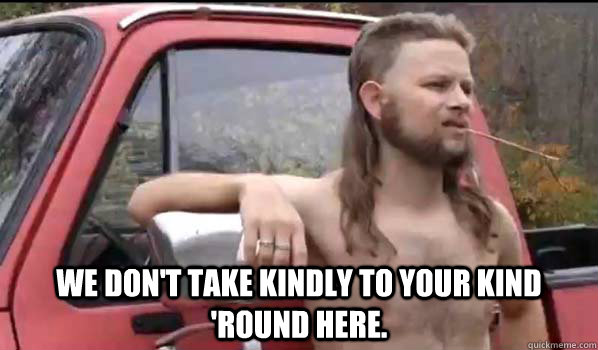 The big guy admitted axing his client!!! FFS guilty next stop the chair.

why do so many Americans have the shape of a ripe melon?