Would have preferred Lauper

I know it's not a very popular thing to say, but she had genuine musical talent - she could really sing. But she didn't have pylons for tits, she didn't sing about being fucked by large cocks, and she didn't hump various things on stage so. Anyway, this is one of the greatest songs ever written.

"After the album came out in late summer 1986, I went on Late Night with David Letterman again to sing True Colors and I was so freaked out. I kept thinking, “Oh my God, how am I going to perform? I have to win all these people over and I have to do it quietly, without singing my guts out.” I remember my hair was bright yellow with some red extensions—it was very exciting. I had on a Vivienne Westwood skirt and a hat from the World’s Fair and this really beautiful vintage cowboy shirt that was all kinds of green, so pretty.

To capture the spirit of the song, I made everything dark on the stage. And because it was a healing song, I held a little amethyst that was shaped like a heart in my hand, which I didn’t show anybody. I was so frightened on that stage and holding on to that amethyst soothed me. And I went to a place that was otherworldly, that allowed me to express my message: You want to heal. Go heal. And so, I learned the power of a whisper." Cyndi Lauper - A Memoir 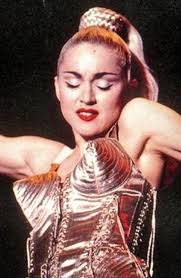 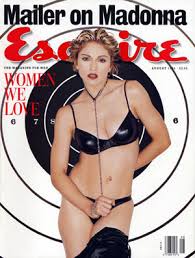 Agreed on this, Skeptoid.  This is a great live version!

"she didn't sing about being fucked by large cocks" - I wouldn't mind seeing an example of a song that shows this. I tried finding one but failed but it must be a common thing for you to mention it.

Now, of course if you wanna get your depraved Tarantino juices flowing you can attribute all sorts of gangbangs to even mother Theresa and infer whatever you want.

I now see that your sentence was more about your analysis of the songs and not so much about reality.

But I did appreciate the connected examples so thank you for that.