China released footage of unproven spy in court for fraud

This is a response to a recent video...

Apparently, it's extremely suspicious to some spikers if you don't line up behind certain disinformation... 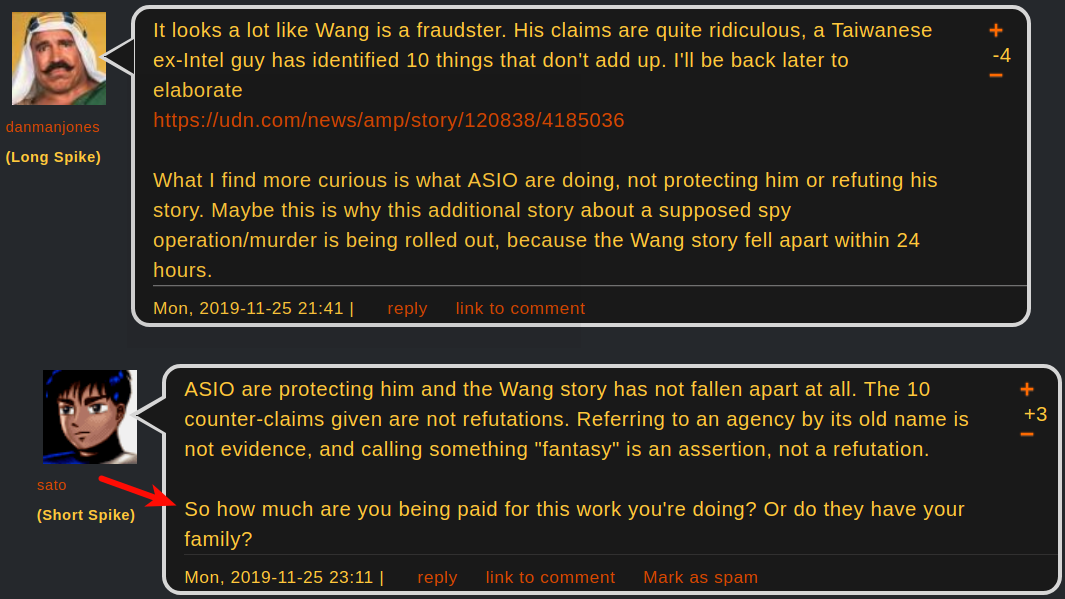 Julie Bishop has just re-iterated what I told you, sato...

In my experience, if there truly was a spy from any nation engaged in such high level espionage that person would be enveloped within our intelligence community and would be nowhere near the media."

Is she working for the Chinese government too?

- what possible other motivation could she have for telling you that's not how this shit works??

In the video, Mr. Wang confessed to defrauding 120,000 yuan, saying he had a "weak sense of law" and "hoped the court would give him a lighter sentence."

Wang Liqiang is actually a serial fraudster & fugitive on the run for a multi-million yuan car import scam (around 650k USD).

Pro-tip: if ASIO are pushing something in the media, they're lying.

When the Chinese government is pushing ANYTHING, it is always the truth. Repeat it enough times and it actually becomes the truth.

When the Chinese government is pushing ANYTHING, it is always the truth.

Thanks for playing, sato. Better luck next time. 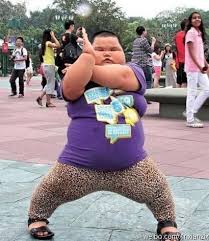 You seem to be a smart dude, Danmanjones. Are you from China or something? How could you defend such a blatantly underhanded and oppressive government? I really don't get your fascination with them.

Based on responses I've gotten in the past, I know the obvious move will be to play a whataboutism game with the US, but I'm more interested in what it is that you actually like about China than how they compare to other nations. What virtues do they stand for that could convince someone like me to see things from their point of view? I'll be upfront and say that the way they seem to handle criticism of their methods is in direct opposition to my belief in freedom of expression.

Fuck man, it's really hard to answer this without writing a novel.

I'm an Aussie-born Kiwi with roots in Western Europe.

How could you defend such a blatantly underhanded and oppressive government?

I don't. I shoot down disinformation & comment on propaganda that aims to vilify a strategic enemy of the USA. On rare occasions I'll take a stance with a policy of China's & 'defend' it. This could be in the interest of debate (if I don't know enough about it I like to argue to tease out more information & different viewpoints) or just because I believe the policy is sound. In the case of Uygurs in Xinjiand I'm neutral because it's pretty opaque & they have committed hundreds of terrorist attacks & I'm pro-burqa ban in any nation. Making them cut their beards off is meh. I honestly don't give a fuck. Religious dress codes are gay. Go CCP. Lift up their economy, teach them mandarin & let them enjoy the results in a decade or 2. The long term plan is fine. If Xinjiang was in another part of the world & didn't have oil you'd never hear about it.

I don't know what you mean by blatantly underhanded. Compared to what?

I assume you've been reading propaganda & don't know the full story unless you give a specific example. To me all governments do some underhanded shit at times but Washington really takes it to another level. Pretending to care about human rights in specific parts of the world that happen to have something they want or a government they want to pressure. What do the PRC do exactly?

I really don't get your fascination with them.

I'm fascinated by history & have found that to me, the 2 most impressive civilisations are China & Persia. Persia is the root of Western civilisation & China the East.

The impressive thing is that both civilisations still exist today & have a continuous history dating back to their foundation over 2,000 years ago.

If you see the international dynamic through a historical lens, all this "good guys" and "bad guys" stuff fades away & you just see humanity doing its thing. You can only understand what's going on if you come from a neutral, historic perspective IMHO.

what it is that you actually like about China

I like a lot of things about their culture - their inquisitive natures, mastery over their ego/emotions, honesty/sincerity, sense of history, wise old sayings, etc.

China's achievments in modern history are fucking mindblowing. Lifting 700m people out of poverty in 40 years is insane. Nothing like that has ever been done before. I really feel bad for the majority of Westerners who can't appreciate it.

They have a great sense of unity - it's their ace in the hole as a nation.

As an engineer & city sim gamer I really dig their largescale development. Moving hundred of millions from rural to urban housing, laying 60,000 miles of high speed rail in 20 years, building the world's longest aquaduct etc. All at turbo speed & without having the country fall apart on them. How can you not be impressed by this shit?

Here's an example - 2 days to retrofit a bridge over a motorway, something that would likely take 12+ months in any other nation. 2 days dude. They're infrastructure-building masters & pull off big stuff, often ahead of schedule. It's inspiring shit as a human bean.

fuck. I wrote a novel.

Ultimately man, I want to see the place flourish. Same goes for Iran. The combo of a long history of liberalism mixed with a theocratic dictatorship is also quite fascinating. They can make it work, they're Persians.

Look, the problem is that every comment you make is about the Chinese Communist Party being nothing but sunshine and rainbows without ever touching on it's extensive negatives, which is a little bizarre. So, you are either A. a completely brainwashed fool B. working for the Chinese government or C. a combination of both. China has absolutely made great strides but to only champion its successes without pointing out its serious problems and negatives is pure insanity.

They retrofit a bridge in two days! That's amazing. It really is. That would absolutely take forever where I live.

They engage in organ harvesting and their treatment of Uighurs is horrific. Not so much as a peep. Very fishy.

I don't champion its successes here at all. The dude asked a question about "what's to like" & so I gave him an answer.

Let's talk about your beefs with CCP on another thread. Your demand that I criticise them everytime they're dicussed is like a psychological disorder. You should ask yourself why you insist on demagoguery.

If I was you, I'd love to discuss a topic I feel so strongly about with someone who's willing to take the opposite stance, so long as they're making an attempt to genuinely argue. Why is it that you act so disingenuously all the time? Are you worried your arguments won't hold up or..?

"I don't champion its successes here at all."

Lol.  The rest of the world got tired of china being a shit hole in famine all the time and after ww2, helped build them up. Only for the CCP to steal a bunch of shit and go full nazi against some crossfit lovers for their valuable organs.

We don't continue arguing with you because you make our blood boil & you've turned our site into a unpleasant place to be.

Your hate has turned this place into a bad place for yourself. The view counts are stable.

I've been gone for awhile, but I was pleasantly surprised to find such a thoughtful answer to this. Maybe you should post some pertinent Chinese history vids or dispense with more of your own first-hand knowledge. Even if I don't agree, I would still find it interesting to know more about where the crazy shit I hear them doing comes from. Every story has two sides.

Still no response from sato.... hope he finds his balls & comes back soon LOL

Should go live in China and eat rats.

Stay where you are & eat that famous american cuisine, it's healthy & delicious!