Protesters chanting “Bi Sharaf” (Shameless, no dignity) at IRGC over their role in the downing of the plane.

The UK Ambassador to Iran was arrested for a short time today after attending a vigil that turned into a protest.

Trump & Pompeo are sending messages of support to protesters on Twitter. A clear sign the CIA is going hard. 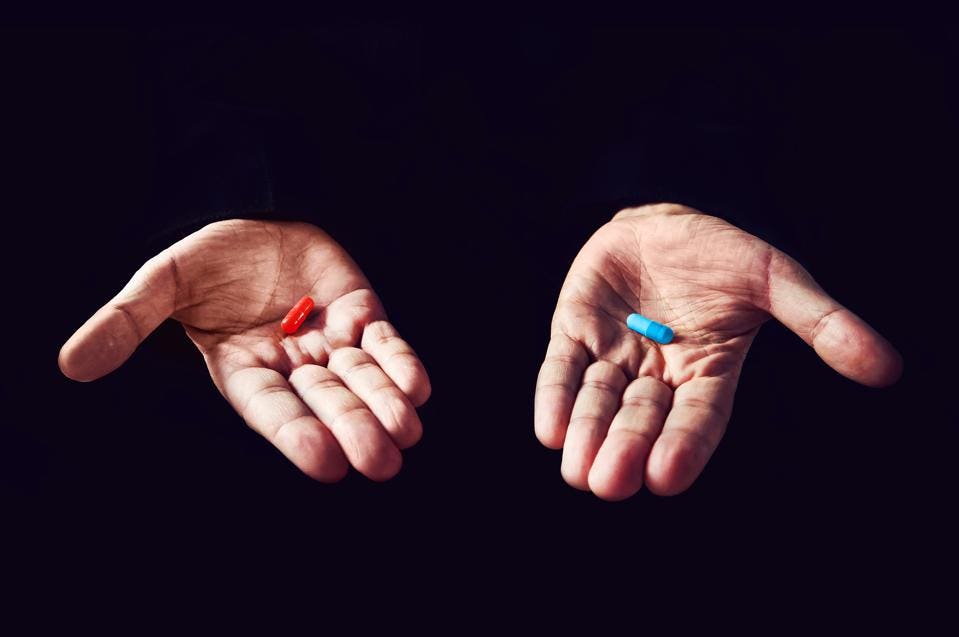 >> mainstream details of the protests

>> filthy leftie version of the protests

Jesus christ, that was a very dumb thing to do to arrest an ambassador. Trump tweeted support for the Iranian people, looks like the conductor is telling them to get on aboard teh Trump train!

Iran says he was arrested by cops without knowing who he was, 3 hours later the deputy foreign minister heard about it & they let him go immediately.

UK says he only attended the vigil for 5 minutes & when it turned into a protest he left to get a haircut. They're puffing their chest, meanwhile Iran summonsed the ambassador to punk him again lol.

Re: Trump Train - Iranians aren't naive cowards like 'woke' Hong Kongers. The reformers there want the US to get the fuck out of the way so they can deal with the government themselves. Any support they get from regime-change wankers in Washington just undermines their cause. Washington knows this & wants civil war, not peaceful transition. Tweets from Washington about this are for international appearances IMO.

You are forgetting about the sanctions brother! Trump has some very harsh sanctions on Iran cutting them off from the world and they will get worse. If Iran overthrows their theocratic government and get on board the Trump express they will be heading towards prosperity town! They have alot of good oil they cannot sell for very much right now but if they got on board they'd be living it up like the Saudis and the United Arabs and Kuwait. There's a reason we have very cheap oil right now, its to cripple Iran and Venezuela!

Not sure if you're just being a dick but I'll assume you're not.... Iran's economy stabilized about 10 months ago. The sanctions aren't hurting the government they're killing people who can't get medicine & in some cases food. In Venezuela the US sanctions killed ~40,000 people in 2018.

Not too sure you are serious! The way you jumo to the defense f China and now Iran, let me guess you love Russia too!? Not being a jarhead wanting to kill towelheads and beleiving every single peice of intel coming out of the pentagon is one thing but the way you defend these oppresive regimes is totally another level! I get it man, Im an anti-war person myself, I dont want wars, I dont want to see innocent people dying but I am not going to defend fucking China or Iran. There's something up with you man

the way you defend these oppresive regimes

Iran & China are not fucking regimes dude. They're 2 of the major civilisations of the world that were never culturally genocided by colonisation & that have a linear history stretching back thousands of years. The repression is necessary to guard their sovereignty. History shows this is true. I highly recommend you learn more about history.

Eg. Iran/Persia has a history of liberalism dating back over 2,000 years. When you go there you can feel it. They're an amazing people. It's unfortunate that they have a theocracy but that doesn't define them & in time they'll deal with it themselves. Their regime is a direct result of neocolonial meddling, beginning around 1908 when oil was discovered there. Operation AJAX in 1953 was another key event that got them where they are today.

The repression sucks but if it's the only way they can remain sovereign right now then so be it. Why don't you worry about your own domestic problems like a crazy prison population or the gutting of privacy that's come about recently.

Hmmm, you been paying attention to the protests lately? Seems the people in those countries are getting kinda sick of the regimes that oppress them! In fact Iranians REFUSED to disrepect USA flag!

I would love to visit Iran! They have some awesome history there I'd like to see one day, I was watching a video about there street food today. People for the most part want the same things everywhere, have a job, make money, have a family, live in peace, etc... NO ONE wants to be oppressed! My friend is living in China now with his wife, he seems to love it but has a big issue with the government cracking down on the people. He does not use facebook or any other social media while over there becuase he is afraid, who the fuck wants that? Governemnt should fear its people NOT people fear its government! Yes, we have our problems too but we can work on them to make them better, I jsut dont see that happening in China or Iran without the people rising up and demanding it.

You don't need to share that propaganda, thanks. The fact that they're not stepping on those flags should tell you something about who they are.

I'm glad your friend likes it. He is being paranoid though. Chinese govt doesn't give a shit about expats using VPNs to get on Facebook & they don't even have laws against their own people doing the same. The only pain is that VPNs going across the GFW can be unreliable, it seems to be based on location. Around 10% of Chinese use VPNs regularly. They're not trapped in a bubble, we are. People under 30yo there all speak some kind of English & keep up with what's going on in the outside world. Can you even name their foreign minister or prime minister? Spend a bit of time looking at how their govt works, its democratic af. Voting happens at the provincial level & they're constantly monitoring people's complaints in various ways. Provincial leaders' performance is monitored by a branch of government, including how the complaints from the people are dealt with - IE they go to great lengths to meet the demands of the people. The "People's" part of PRC isn't just there for show.

Yes, we have our problems too but we can work on them to make them better, I jsut dont see that happening in China

You don't see because you're not looking. China is an extremely progressive country & is currently going through a development miracle the likes of which the world has never seen. Don't you think that with so much change in such a short amount of time that the people are not getting what they want? It's impossible.

Iran is a different story. It's basically a 50/50 split with a pretty deep divide. The religious regime there is deeply unpopular amongst the "liberal" half but popular amongst the "conservative" (religious) half. The friends I made there are from the liberal half & hate the regime. Personally I wish them well in their future to modernize the country but America isn't helping at all, it's the opposite. America says they want the country to have "human rights" but does countless things to prevent it, including empowering the theocracy by giving it propaganda fuel but also running CIA ops in there to really fuck with them so it's not all just smoke. Your shithole empire covets what Iran has & wants to subordinate them but these people are Persians. They threw your puppet out last time & they'd just do it again if you managed to bring about a regime change.

Now, I'll tell you why none of this even matters: domestic issues are for the country in question to deal with. End of story.

What I'm more interested in is geopolitics - the international stuff that happens around the world between nations. If your nation causes damage to a people somewhere else, that's a black mark against your country. Do whatever you like within your borders, to a point. Just don't preach about it.

"Cultural supremacism is stupid and dangerous"

Now why do you think that is propaganda? What is it about it that beneifits who? It is too early in the morning for me to get into it but I am curious to hear you out on this.

I have a hard time explaining to my 5 yr old what the government is and why i hate it so much and China is very similair, it is a leaderless machine and everyperson in that country plays their little part in it, from the taxpayer to the bureaucrat to the cop to the teacher all just there for their paycheck. There is no one single entity or person or party you can point to and say "ah ha, we got the culprit!" becuase the culprit is us! That is why when everyone started bitching about this pending war with Iran I told them to stop paying taxes to the Federal government in protest, then you remove yourself from the machine and you can really say you are anti-war against the machine, no one did it and even gave me shit for suggesting such a thing, hmmm turns out they like their jobs more then fighting against war. Some of them were the most vocal communist loving anti-war that gave me the most shit. Kinda telling there! Reminds me of when my girlfriend is all upset and tells me her problems then gets mad at me for not just listening and letting her vent.

More on the British Ambassador to Iran arrest....

- it's illegal to arrest a foreign diplomat

- it's illegal for a foreign diplomat attend a protest

Thanks for the many goodwill messages. Can confirm I wasn’t taking part in any demonstrations! Went to an event advertised as a vigil for victims of #PS752 tragedy. Normal to want to pay respects- some of victims were British. I left after 5 mins, when some started chanting.

What you won't see on Western media:

Hundreds of #Iranians protested in front of Little Britain's den of spies in #Tehran to condemn Rob Macaire, Britain's so-called ambassador (aka chief of spies) in #Iran, who was illegally at a gathering of Bahai cult members, & MKO, communists, Shah sympathizers last night. pic.twitter.com/nnz0LZ06Jp

Dude! WTF? You gave me soo much shit for posting pictures of the plane crasha nd missile cone sayign it cant be verified yet here you are posting pictures and videos FROM IRAN government showing protestors holding Salamis pictures claiming it was from "last night"! Fact check and verify first before you post this PROPAGANDA! LOL

The pics you posted were questionable & I didn't give you shit about them I told you what Bellingcat had said about them. It was looking to be a highly scrutinized set of info so it's good to argue & find out what's true.

The pics I just posted here look legit to me. They're not from the Iranian government. There are a bunch of reports of that protest outside the UK embassy.

So, crazy rioting going on in the streets of Iran. Seems like the citizens didn't like Salimani very much. Just the opposite of what the fake news has been saying for weeks. Imagine that!?

the lying bastard #uk #ambassador says I'm here for getting a haircuts but he tweeted I was attending the airplane incident victims funeral pic.twitter.com/LYmfAHLDWO