Golan Heights - How Cucked is Trump?

US recognition of Israel’s claim over the Golan Heights 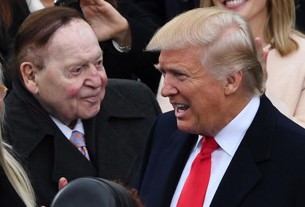 There are consequences to wars.  Syria took a gamble and lost.  To bad, so sad, dear dad.  The people there are lucky to be living in Israel now and not under the thumb of Assad.

You're just repeating the false narrative that Israel was attacked in 1967 when the opposite is true. Propogating Hasbara myths is kinda your thing, huh?

I don't know who Hasbara are nor do I care.  I assume you are referring to the pre-emptive surprise attack that cripled Egypt's Air Force.  That was a brilliant move on their part.  The reported destroyed all but 12 of Egypt's nearly 200 operational jets.

But here's where your argument falls apart.  The Golan Heights were not part of Egypt, they were part of Syria.  Israel did not attack Syria first.  Syria, acting on false reports that Egypt was winning and would soon be capturing Tel Aviv, began shelling northern Israel, and twelve Syrian jets attacked Israeli settlements in the Galilee.  Of course Israeli, being the bad asses they are, had fighter jets intercept the Syrian aircraft, shooting down three and driving off the rest.

So in summary, the narrative that SYRIA attacked Israel in 1967 unprovoked is 100% absolutely, positivly true.  They, like the rest of Israel's islamic neighbors, desperately wanted to destroy Israel and finish the job Hitler had started.  Syria thought they had a chance but ended up getting kicked in the balls and running away.

In the process they lost the Golan Heights.

As the video explains, you can't "lose" territory in a conflict.

Syria & Jordan had mutual defense pacts with Egypt in '67 so by attacking Egypt Israel was essentially attacking Syria & Jodan at the same time. If Israel had wanted the shelling to stop they just had to accept the ceasefire but they wanted the Golan Heights & knew they could take it.

This "they were just defending themselves" stuff is nonsense. It's never been true about any conflict involving the Israelis. You could argue it's the case in '73 but even that's dubious since the aim was to retake the land Israel was refusing to withdraw from since '67.

Hasbara is Zionist propaganda aimed at an international audience.