Eminem Destroys Trump and Draws a line in the Sand 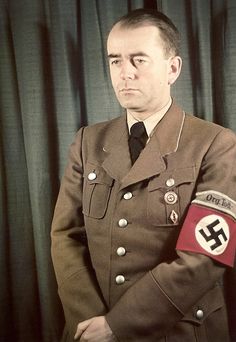 This was great by the way. I like slim shady more.  Hated the censorship, took me out a bit

That word is thrown around here like it means shit.Reminds me of grade 3 in the 80's when kids first learned the word "fag"

False empowerment by the use of band wagon insults is so culrural marxist dude and you're a total fag for buying in. Might as well be texting like a 12 year old girl. OMFG !!LOOLLL !!

Are you legit posting a video by a guy who thought PizzaGate was real?  And the name of the video is "Eminem is a Complete Idiot"?!  What a fucking goddamn LOL in your face joke.  GTFOH.

I've made a template for everyone wishing to respond to an argument without thinking, regardless of political preference:

Use it free of charge but please include the copyright symbol at the end. Btw I don't disagree about PJW - not about the Pizzagate thing but about why he's still associating with Infowars when he doesn't need to.

Shut your oppressive leftist hole!! Keep your commie bullshit locked up inside your goddamn antifa teepee!!

Weird, I haven't seen people telling Anti-FA to shut up.  But I have head people saying "Why did you just try to murder me with a bike lock?"  and "Please stop assaulting me with wooden poles because I'm wearing a MAGA hat!" and "I simply disagree with you, that makes a NAZI how again?"

Im such a keyboard bully

Eminem use to be part of the counter culture.  Now he has made it so he just sticks his tounge of the ass of the leftist establishment media and they sing his praises.

Haw haw , fuck you too then Eminem, only room in your paradigm for statists...i hope your preferred utopia treats you well .... Move along now nothing to see  .

Yep - the shark said Marshall cleared him by like 6 feet.

Not hardly. His wordlplay is sick as it ever was. You're just used to it now thats all.

It's the subject matter, not his skill. I always think of Eminem as someone who plays others, not someone who gets played.

I was actually going to mention that. I see this as him putting his money where his mouth is. Not only is he syaing what most people are thinking without holding back, hes also calling out his own fans that he believes are part of the problem. Nobody has the balls to do what hes done in this video.

Ya I obviously don't know enough about the space to understand. I would have assumed Eminem's fans to be virulently anti-Trump as a matter of fashion if not conviction. What shocked me was hearing him defend a neocon like McCain and him apparently not realizing he had directly quoted a combination of past embarrassing statements by both George Bush and Obama with the line in the sand stanza. I don't get the brave part - where is the clever interesting angle that runs against the mainstream narrative?

Anybody who remotely loves hip hop loves Eminem. He doesnt represent the libs. You missed his point about McCain I think. That statement was talking about how Trump claims to be so patriotic and loves our veterans yet he publicly disrepected a veteran for being a POW. The brave part came with him alienating Trump supporters from his fan base which could ultimately hurt him at the end of the day.

Have you forgotten how he is one of the few rappers to cross over with audiences that dont even like hip hop? You really think those angry kids carrying torches arent a bunch of Eminem fans?

"I don't get the brave part - where is the clever interesting angle that runs against the mainstream narrative?"

Perhaps you didn't get that Trump is the President of the United States of America.  He IS The Man.  He IS The Government.  Trump IS mainstream.

I'll ask again - where is the clever or interesting angle that runs against the mainstream narrative? All he did was parrot the far left talking points 95% of the MSM have been pushing for months. How is that not boring? If you want to be anti-establishment and expose how Trump has surrendered to the Republican side of the neocon agenda by agreeing to be drowned by the swamp rather than lose his power I'm all for that. He's not doing that. He's going with the hyperbolic fake news rhetoric of CNN and MSNBC while using Bush's divisive "You're either with us or against us" language after claiming at the start of the rap that Trump will not divide us (Shia *cringe*). He reminds me of my friend Kyle (UFO Proof) - all emotion and triggered reaction (triggered by the MSM) without much digging or foresight.

Artists often get old and lose the edge that gave them such a powerful perspective. It's natural, but no less disappointing.

You're going way too deep with it my man. At the end of the day this was from the damn BET hip hop awards lol. This wasnt about his ablity, his flow or the perfomance at all. I guess some saw it as just an Eminem performance which I would rate low to if I saw it that way. It was was much bigger than that though.

That really sucked. Spitting, out of breath, and long pauses. He should have edited it in the studio first.

Shit was embarassing. Had to watch through my hands.

Detroit is shit because black people have been murdering eachother at a staggering rate for decades. With guns. For any reason. Which is how Eminem's best friend died. He got shot, in Detroit, for nothing. But all those perfectly legal gun owners of Detroit isn't part of his argument right now.

Is Eminem going to quit rapping now? Because as the number one Hip Hop artist in the world and a WHITE MALE, he is engaging in the cardinal sin of cultural appropriation, of black culture, which is against his new social justice warrior beliefs.

The SJWs will eat him alive. They don't understand historical context. And the media will join the bandwagon. And they'll blame hip hop itself, and claim it's a another genre of fake news. Basically, Eminem just destroyed his own culture. And there's even footage of Eminem saying the word nigger. Nazi confirmed, right?

If you retreat from their battlefield they will shoot their own in true Soviet-spirit... or was it Detroit-spirit?

Whatever makes you Soviet Happy.

Lets see this actual footage that you heard is out there.