Viktor Orbán’s Fidesz has just been re-elected via landslide in Hungary on an anti-immigration platform. Orbán’s first call to action is implementing an "stop Soros" legislation which will crack down on foreign NGOs.

George Soros has been working away in Europe promoting open borders via his various NGOs. His efforts have been largely successful in Europe but he's yet to sink his claws into Poland or Hungary.

OSF reportedly has ~20 billion dollars and has worked a lot with Washington regime changers in the past. Their last successful venture was the 2014 Maidan coup in Ukraine.

SOROS LAUNCHES OPEN BORDERS CAMPAIGN IN HUNGARY
...According to the Hungarian government, George Soros is attempting to convince the European Union to force Western nations to accept significant numbers of immigrants and refugees from African and Middle Eastern nations and pay for their resettlement. Hungarian Prime Minister Orbán has stated that the billionaire financier is intent on compelling these nations to sacrifice their national identities in pursuit of the misguided notion of multiculturalism. 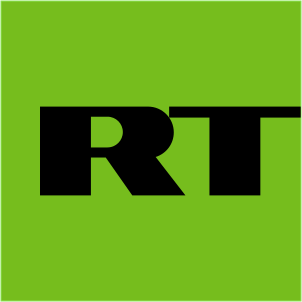 Putin's been doing battle with Soros for a while.

Of the globalists, Soros is one of the nicer ones. While the Soros 'open border' plan does involve larger continental migration the point of it is not to 'sacrifice national identities'. Unless your national identity consists of nothing else than your homogenous enthnicity(read, your inbreeding level). Other things formed out of the Soros 'open border' plan is the Schengen area in Europe. Passport free movement for the citizens of the nations involved. Something not achieved since ancient times.

Soros is one of the nicer ones

He's crashed the currency of countries dude. He's been instrumental in toppling the governments of multiple countries. The last one being Ukraine where 130 people died. He even fucks with culture by funding groups like BLM.

Reducing national identity to bloodlines is a strawman.

Passport free movement for the citizens of the nations involved

Not just for citizens, also for undocumented migrants. There are massive numbers of refugees in Europe right now. If you don't check documents at the border you don't know whether they're refugees or not & refugees belong in refugee camps until their status can be decided on. It weakens a country's political power & reduces their ability to maintain order to simply let anyone roam free inside your country.

Yeah and other globalists try to reduce the whole earth into a nuclear wasteland. Soros isn't a nice guy but of the globalists he's definately one of the nicer ones.

I know homogenous ethnicity is a strawman argument. I don't know why 'the right' constantly uses it as an argument for anything. Maybe because they're stupid or uneducated or something?

Refugees come from outside of the EU. The borders of the EU aren't properly monitored, that's true. Plus the refugees exist because of shitty foreign policy. Wars both normal and economic in the countries of origin initialized by the nations where the refugees are going. Refusing to deal with the refugees in their land or in their neighbouring lands thus forcing them to come here. That is to say, there are proper ways of dealing with such issues and what Hungary and Poland(and a few other former soviet-block countries are doing) is only playing into the hands of Russia and American globalists by dividing Europe. Which isn't to say that what the western European countries are doing is better either as they were a part of starting the whole refugee flux problem.

Now if we assumed that the globalist plan is that of allowing large numbers of refugees and migrants from developing nations to come to developed countries in order to drive a wedge between the working population using the 'are we xenophobic or not' question then all the people facing the influx would have to do is integrate the migrants properly while working to block the causes of the flux to solve the issue. We're talking of people mostly used to subsistent existences so most of them would be happy building their own homes, their own farms, their own waterworks, their own schools. No need to spend lots of money, just some. Add proper language teaching, cultural classes and break up the groups properly and neither the local population nor the migrants should cause more problems then people usually do. Do what is usually done, ghetto them, don't provide proper opportunities, take away their self-reliance, etc and you have problems.

Of those countries, only UK and France actually ended up with undesirable migrants. Turkey took all the best (employable/educated) ones & kept the rest moving along.

Massive migration of immigrants into EU was part of the plan from the start. Qaddafi warned the Western leaders that it would happen but they knew what they were doing.

I don't know enough about "the globalist plan" but have a sense of what certain camps are doing. Based on the above, I'd say that the people who actually pull the strings in UK & France desire a weaker country & stronger control mechanisms (war on terror draconian measures etc).

Based on some things I've seen I'd say Soros is a frontman for the UK/Israel-based Rothschild syndicate. They used him to take down the British pound & the British royal family was in on it. This type of high-level economics is above my pay grade, just saying where I think his loyalties lie.

Whoever Soros is in bed with, they focus a lot of attention on Russia. We know he works with the US in terms of anti-Russian activity. He has hundreds of NGOs, many of which receive funding from USAID. USAID, via Soros-fronted NGOs, have overthrown the Ukrainian government twice since 2004, under the cover of 'promoting democracy'.

I don't think you know enough about what his NGOs actually do in order to weaken countries based on what you say. Of course they have to appear to be doing 'good' work in the name of 'democracy' and 'press freedom'  but these things are actually a government weakness in open societies. It's been proven time & again how, with a few million $, it's possible to whip up the youth of any society & turn them against a regime. Just look at BLM, Soros has donated millions to that group and what have they actually achieved?

Name a more disgusting globalist than George Soros, the Hungarian Jew who used helped the Nazis confiscate the private property of Jews during WWII [source]. I'm all ears.

Posting RT videos is the equivalent of wearing a maga hat.

It's funny you have such a problem with RT. It's actually a far less censored network than anything coming out of the US.

RT spin is pretty much polar opposite to the MAGA ideology - they pull no punches when taking aim at Trump. The only thing they have in common is their opposition to Western establishment media, aka Fakenews, although MAGA people are willing to make exceptions when they like what they're hearing.

What's your obsession with Jews anyway?

RT is just another Vesti News-style Russian government propaganda source. The Putin paid-for narrative consistently talks about the democraticially elected hero Vladimir Putin and his glorious government, everything is pro-Russia and anti-U.S.. There's nothing negative about Putin. It's like Fox/Trump "News" on steroids. It's a joke.

The Americans that are interviewed (usually via Skype from their bedrooms) are portrayed as either the average Joe or some sort of "expert" but they are actually conspiracy theory nut cases and "Former CIA operatives". Great entertainment TV. Sure, there are facts but anything against Russia is either completely ignored or complete lies are thrown out there.

There's nothing negative about Putin

That's the only thing you said that's true.

Phillip Giraldi is a worthwhile person to listen to. Maybe you should give it a try.

What is it the video I posted that you object to exactly? Is it factually incorrect? Do you believe the host is leading the questions in order to get a specific response from the guest?

It's a redundant exercise to keep pointing to your hate-boner without addressing the content.

BTW, Fox has some things worth watching. Tucker Carlson has interviewed some decent guests lately & has even debunked the "Assad gassed his own people" myth. Most of Fox's shows are ridiculous but that doesn't mean everything on Fox should be ignored.

RT is funded by a murderous thugocratic regime, which is responsible for many deaths of independent journalists.

Yeah, but look past that...

You mean the regime that saved Syria from falling to the terrorists that were trained & armed by the US regime?

Tried to squiggle your way out of the fact that Kremlin kills independent journalists with whataboutism. According to protocol, comrade.

As reported by RT, a Kremlin owned media organization? Or the bolivian actress scratching stickers with her fake nails to prove that white helmets and ISIS shared headquarters? Or one of Assad's personally invited bloggers? Not too bright.