Is Trump the Worst President in History?

We've had some real stiffs as President of the United States but noone who compares to the buffoon we have now. Pathological lying, total ineptitude, lack of understanding of government, and the enriching of himself and his family using the presidency while making the country a complete embarrassment. Even with that, the real problem is the sea of suckers Trump has conned into thinking he is great for them with the over 2,500 lies he has told since he took office alone. 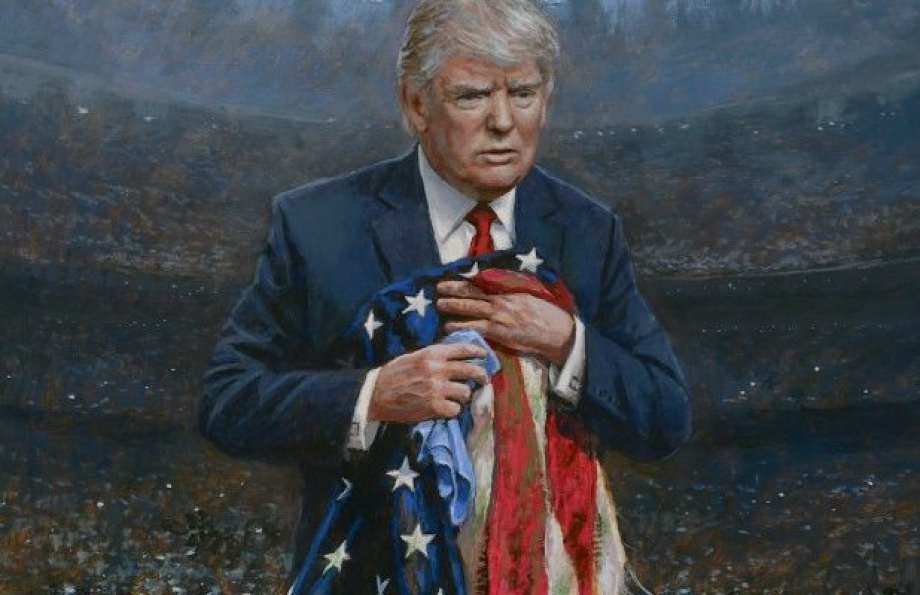 America has had its share of crooks, bigots, and incompetents. But never before Donald Trump has a president who combined all of these nefarious qualities.

Pretty straight forward video.  We're now mired in the consequences of Trump's attack on information as I have people presenting me revisionist history as though it is fact and the insistence of conspiracy theorists telling me about how the "Deep State" is a shadowy organization that no one individual is apart of and yet they have powers that rival the President of the United States of America...oh, and they only seem to exist when a Republican is President.

Luckily my vote counts 1 for 1 in local and state elections so my vote will matter in the 2018 midterms.

I agree that he may be the worst president in history. However, I'm certain that because of the low unemployement rates, lack of geopolitical controversy and the growing American economy, people will be blinded into thinking he's doing a good job.... /sad

That's right - Trump invented the term "Deep State" as well as "Fake News" as part of a Russia conspiracy to overthrow America.

True, everyone thought Bush was an absolute embarrasment. So I guess the new guy is worse than worse.

Thanks for reminding us how bad he is bud.

You know you've lost perspective when you think the Bush family is preferrable to Trump. Trump looks to be folding and about to lauch Hillary's war - if that happens you'll have your worst President in history.

Kind of funny how on the exact same day you stated the above hypothetical ("Trump looks to be folding and about to lauch Hillary's war - if that happens you'll have your worst President in history.") it's actually coming true and it's wrong to call it "Hillary's war".  Trump is the most powerful man in the world and commands the greatest military might on the planet...he has control over this situation.

This is specifically now "Trump's war".

If you are going to pretend like you haven't just watched everyone who stood to gain from Hillary's Presidency and the war she promised methodically pressure the Trump administration to deliver what they had been promised then I don't know what to say to you. You understand that Trump's Presidency is locked in now right? Zero chance of him not finishing his term. If this goes to boots on the ground Iraq-style war you will see the pressure he's been under drop to little if not nothing. This isn't Trump's war because this isn't about Trump's greed - there's no Dick Cheney funneling contracts to Halliburton this time. I'm sure some of the folks around Trump will benefit but Trump just wants to continue being President even if it's as the worst President in history (something he probably can't see).

Psychologically he has the poor dead children to stand on as his excuse for this war (it's hard to nail him for breaking a non-interventionist foreign policy when he can just respond back "But he was gassing the children"). I doubt there are many people who would sacrifice their reputation and legacy when the cover story for going to war this time is so visually persuasive. Last time it was a trumped-up general threat - WMDs. This time it's horrifying pictures of dozens of suffocating chlidren. They will be forgotten when the pictures of hundreds if not thousands of innocent people ground up like hamburger start being smuggled out.

This war will go badly. A new cold war is now underway, with a real chance of escalating into a giant proxy war in the Middle East if not worse. Blowback will be strong. New terrorist attacks on Western nations will happen, more frequently and larger than before, and the threat level will ratchet much higher is the minds of the asleep. More of our freedoms will be taken away. The economy will tank before Trump's term is up. When you add another murderous phony war and the failed economy to the idiotic tabloid scandals that were used to help force Trump's hand, he'll come out the other end as one of the worst if not the worst Presidents in what's likely to be a rather short history before it's zombie time (the zombie is a metaphor) and everyone stops caring about history because they just want something to eat..

I don't know when we all decided that the President of the United States of America is not responsible for their own actions, but it seems a tad ridiculous to me.  The guy is The Man...he's the one who has to answer for this.

"...there's no Dick Cheney funneling contracts to Halliburton this time." --> No, there's a John Bolton who literally joined the Trump administration three weeks ago and now all of a sudden we're at war.

This is the absolute worst Presidency in the history of the United States and you're here telling me how Trump's hands are tied.  How about listening to the millions of people who claimed that the fuckin' idiot wasn't qualified for the position and that he would lead us into WWIII?  You always seem to be interested in future predictors such as Styx and Scott Adams, so how about giving some credit to the multiple people who predicted this?

The multiple people who predicted this like me you mean? The guy who said Trump would either be removed or drowned by the swamp, and that simply watching it unfold would be educational for anyone able to overcome their cognitive dissonance? The administration that has been rebuilt in the image of George Bush junior after two years of unrelenting pressure? That administration? Stop making my argument for me - yes John Bolton is another indicator of exactly what I predicted.

I'm in complete agreement with Scott Adams - Trump should have fired Mueller and most of the upper FBI leadership following the office raid. He still can if wants to. I would support him. How's this for predictive value:

We now officially have a winner! Tax cuts: Congress has passed a tax overhaul, but just the anticipation of tax reform, which will cut the corporate rate to 21%, has excited business owners and fueled stock market records.

Economic growth: The gross domestic product has grown by more than 3% for two quarters in a row.

Stock market: The Dow has set record highs 70 times this year, rising 5,000 points in a year for the first time in history.

More: After Weinstein, consider the Pence rule to protect your heart and marriage

POLICING THE USA: A look at race, justice, media

Judicial appointments: Trump has staffed the judiciary with constitutionalists such as Supreme Court Justice Neil Gorsuch.

Unemployment: Granted, Trump inherited low unemployment numbers from President Obama (under new rules of reporting what is unemployment), but the number of people collecting unemployment benefits has continued to fall to a near 44-year low.

Trade: Trump worked out a trade deal with China, Vietnam and South Korea.

Israel: The United States' relationship with Israel has been much improved since the last administration.

Immigration: In August, illegal border crossing apprehensions were down 41% on the Southern border compared with August 2016.

U.S. energy: The Keystone XL and Dakota Access pipelines are under construction. Jobs to be created: 42,000.

Climate change: Trump announced in June that he plans to withdraw from the Paris climate change agreement, citing that it would undermine our economy.

Schools: Trump is giving the green light to school choice programs across the country.

Obamacare fail: Congress failed to repeal and replace the Affordable Care Act, but at least Obamacare's individual mandate is repealed

Worst prez in history... LMAO... Keep on crying guys.... opinions are what they are 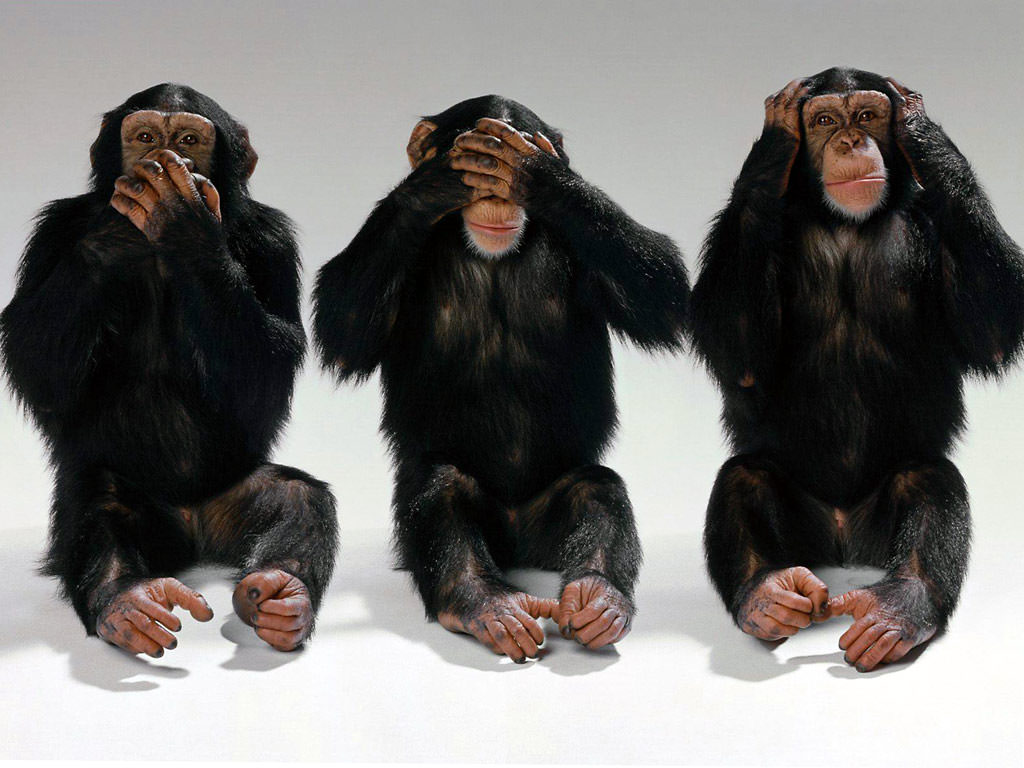 Seriously? Nice post from an opinion piece by Gary Varvel at the IndyStar in December 2017. You left out a few things. The over 2,500 lies Trump has told since he became president. Are you in solitary somewhere?

Heard about the recent Trump news? Nah, you must be in the hole. Stick around though. It's going to get a lot worse.

So you're saying we need more Presidents who tell obvious lies if we wanna get things done?

I dont think there will ever be a president who doesnt lie.

Especially when we cut and paste opinions .

that is the point., thanks.

wait wait.... never claimed i wrote it, I wrote the very last line which, i should have spaced? would have been more clear, the sources are the same listed too. of course it was cut and pasted! it was litterally the first google search that came up!

just trying to remind some of you that you yourselves might be in a bubble too ;)

Edit: i should add, all of you are right, i should have just linked the webpage.

and the recent Trump news? gotta be more specific, but im gonna assume your talking about the Stormy stuff?
Outside of your bubble, nobody cares who he had consensual sex with, and dont we have contract laws anymore?

Yeah, just the Stormy stuff. He's all good everywhere else...go back to sleep. The list of Trumps lies, failures, and embarrassing acts is too long. When you wake up, do some research. He is doing pretty well. His approval numbers are reflecting it too. Rasmussen has him at 49%?

Isnt it more likely that your hate has become some blinders of your own? (cuz we all have some on. be honest.)
Im not saying dont be critical, its completly necessary.

Just be real, unemployment is good, taxes have gone down, pay has gone up, businesses large and small are growing, got a great supreme court justice...&c &c

Everyone that doesnt agree with you isnt stupid, or asleep. Also, not your enemy. Theres gotta be common ground somewhere. Even if its just patriotism in a way, you have whats best for your country in mind, just a different path to it. I dont know you, but assuming you're Canadian "eh" , I am too, but have lived in the states for quite some time now. He wasnt my guy either in the primaries, and honestly? hes done better than I expected and I think deep down you agree with that. Just admit it... or, let the hate run through you :D

You're arguing with a fraud that constantly lies.

He isn't arguing with Trump, it's just a comment section.

Trump is part of a conspiracy initiated by the democrats to ensure after him there will NEVER AGAIN a republican elected president.

Funny you say that - it was actually the strategy of the Clinton campaign to encourage media to inflate Trump's profile hoping he might actually win the Republican nomination allowing Hillary to coast to an easy victory. Whoops.

This is the same gay-wad that worked for Bill Clinton, SMH, what won’t you guys believe