I wonder if they had to conduct an environmental impact survey.

It is now after it was annexed by the Russian Federation from Ukraine in 2014.

It was annexed after a referendum in which over 90% took part & voted overwhelmingly to return to being part of Russia instead of the US-backed regime in Kiev that was installed in a violent coup detat.

If you want to condemn Russian-backed meddling in Ukraine you need to look at Donbass.

A vote with no credible international observers and after the peninsula was invaded by the russian soldiers with no insignia. The referendum itself was initiated after gun-wielding russian cunts took over the municipality and made them initiate one. A true democratic referendum in the eyes of an authoritarian. 96.77% participation sounds credible only in the heads of dupes.

Being real, though, I know *I'D* show up to vote if I had armed soldiers from a beligerent invading country screaming that they'd murder me and my family.

That's the way the rule of thugs operates. And just looking at the criminal pasts of all the idiots that came into power there after the annexation it is exactly that. 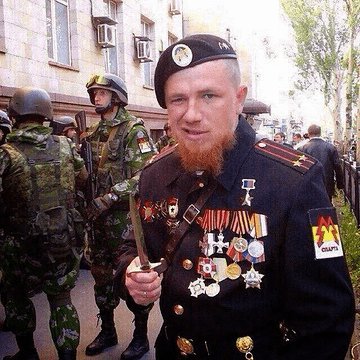 the way the rule of thugs operates

The US proxy force consisted of straight up Nazis  - they overthrew the elected Ukrainian government in a violent coup detat in which 18 cops died. The jack boot is on the other foot mate.

a beligerent invading country screaming that they'd murder me and my family.

do you have evidence for any part of this or did you just assume it?

OSCE & UN observers were invited but did not come. A group of international observers from Israel, Spain, Italy, USA, UK, Latvia, Moldova and Serbia, which were invited by the Central Electoral Commission of the Autonomous Republic of Crimea came and observed and found it to be peaceful & organised with no sign of problem from the citizens.

The referendum itself was initiated after gun-wielding russian cunts

Days earlier, Ukraine government had been violently overthrown. The Russians were there as peacekeepers. Do you think it would have been more advisable to allow the Ukrainian authorities to oversee the process?

Speaking of credibility, if the US had credible evidence that a majority of Crimean people preferred to be part of Ukraine they would never shut up about it. US State Dept has spend over a billion dollars "promoting democracy" (overthrowing 2 governments) in Ukraine. Don't you think they know what the people of Crimea want? Why the silence about it?

Here are som links to polls on what Crimeans actually want:

It's literally like talking to RT incarnate with you. I mean to the dime. You realize it is state media of an authoritarian regime involved in this conflict and what this fact implies?

I said credible, not a bunch Kremlin-picked useful idiots. Useful idiot is a fun term used in russian politics. Check it out.

Your boys RT and Putin were denying the fact that the green invading soldiers without insignia were even russian till later Putin admitted it in an interview. Cynical murderers.

Russian peacekeepers. I facepalmed for a good minute after I read this. That's a nice twist to an occupying army. And again you employ whataboutism to conveniently avoid the fact russian mercenaries with weapons were in the municipality when the referendum was initiated. According to protocol, comrade.

You are honestly asking me if a sovereign country should use their own officials in a referendum (although forced by thugs) taking place in its rightful territory? Do you comprehend how this sounds?

May 2014: Pew Research center (USA) have found that "Crimeans seem content with their annexation by Russia. Overwhelming majorities say the March 16th referendum was free and fair (91%) and that the government in Kyiv ought to recognize the results of the vote (88%)". Link to the poll results on Pew Research

Avoid all facts and deflect. You are pathetic.

Your comments are mostly rhetoric and the "facts" that you state are obvious lies.

The fact that an invading army was in a sovereign countries' territory and initiated a hoax referendum, after gunmen took over the municipality, to annex this said territory. Which part of this is an obvious lie? Or do you not agree that RT is russian state media?

Putin and his cronies are responsible for murder and attacks on opposition members, deaths of countless civilians either in conflicts they start or join, as well as any russian journalist that has the courage of revealing the truth behind his murderous regime.

Still waiting for you to point out the obvious lies, полезные дурак.

Who cares if that's true? There are areas all over the earth where local populations would rather be part of another country. International law stipulates against simple annexations of countries. It tends to result in wars.