Obama: Pandemic Has 'Finally Torn Back The Curtain' On Trump Administration | NBC News

Joe Biden is the savior

Comming from the guy who was fired from his job...... :) just kidding i liked obama

Donald Trump was one of the first people to mention the higher affliction rate among black people on television as the media was not reporting on it. You know this, because I pointed it out when it happened.

Here Obama is jumping from the topic of black people being more affected by the Covid virus to black people being shot by racist police officers. That is a purposely designed statement in order to provoke racial tension by insinuating a connection between the two.

As if police stopped shooting black people during his own Presidency. As if poverty among blacks did not exist before the current President. As if these problems were magically fixed when he was leading the country, and suddenly came rushing back when Trump entered the oval office.

Because he is a lawyer at heart, he will only insinuate a scenario until you infer the outcome, because he doesn't have the balls to say the specific words out loud in fear of the legal repercussions of making allegations he can't prove. He will never make statements where he can be held accountable for how they are interpreted because they will be deemed misinterpretations. Which is hilarious.

He has represented the political status quo for years. Here he's arguing that it needs "fixing"?

And here he is borrowing statements and words once used by other presidential candidates against himself, in order to save what's left of his friend's campaign and frankly his party.

The age correlation is far greater than the race correlation.  NOBODY says this has to be addressed. Not even Trump !

This is a cry for help.

Obama is gonna be in big trouble soon.

Everybody knows old people die faster. What is particular is that of all the people dying, including old people, is that a majority of those old people are black, despite the fact that black people are still a minority in America.

But you can't possibly be stupid or racist enough to leave out black people from age correlation, as if they're not human beings that would be part of the very same statistic(?), so I'm going to be nice and assume that you were trolling rather than making a cringeworthy bad argument just to bash Trump. 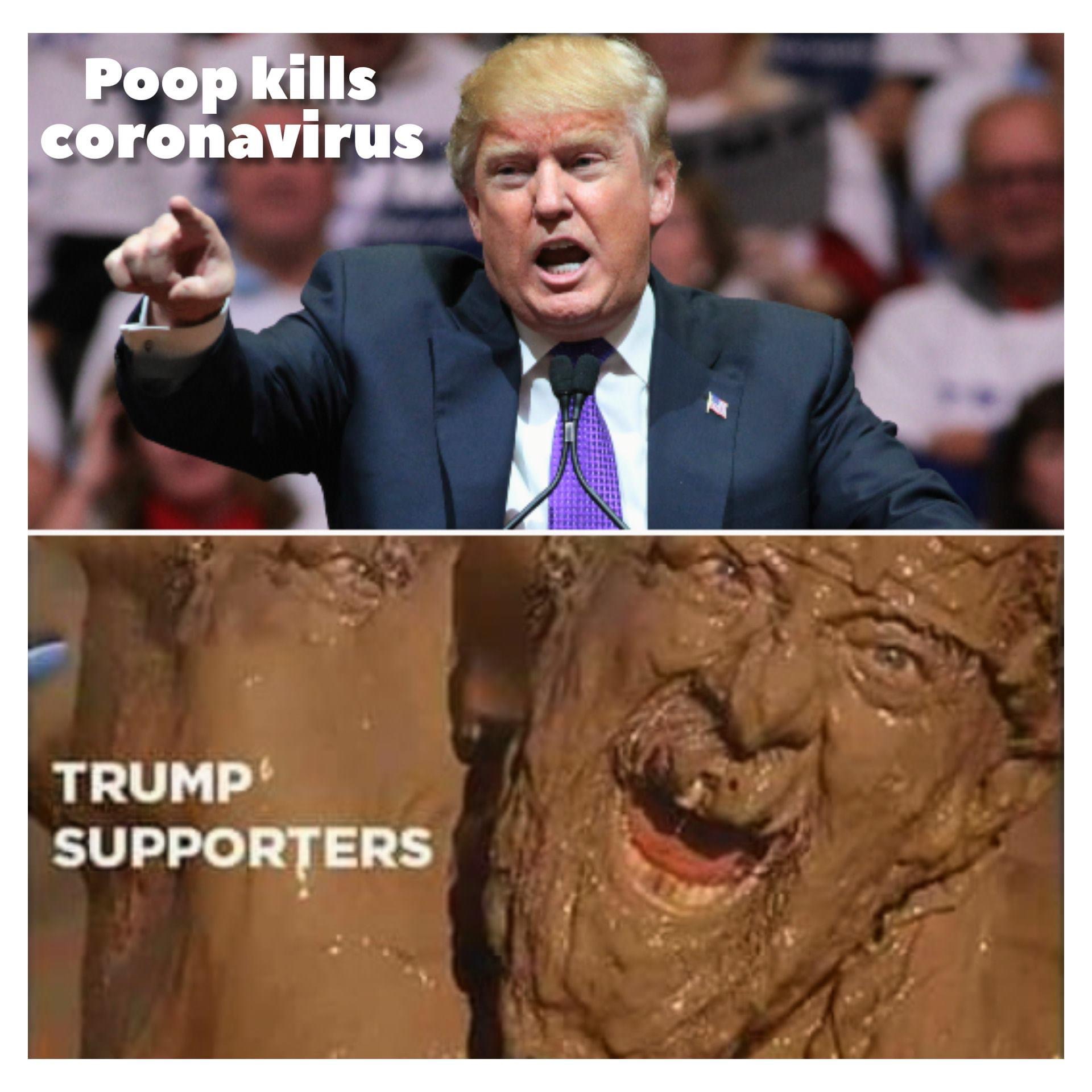 Are you implying that you have a repressed Coprophagia fantasy with the president?

It's funny to see Hitler's propaganda approach to criticism is still paying off in the hands of wannabe-communists.

A picture is worth a thousand words, and far more effective than actually constructing an argument, right?

Poop jokes in picture form... Mark of a true intellectual.

How far we have come.

Don't feel bad, you will have your chance again any day now. Maybe this time millions of your followers won't inconveniently starve to death before you can accomplish true equality for all.