The HAARP Conspiracy: Weather as a WEAPON in 2025?

"He who controls the weather controls the world" LOL really? Nuclear weapons, control of international finance/energy/food/trade are not as influential as clouds? 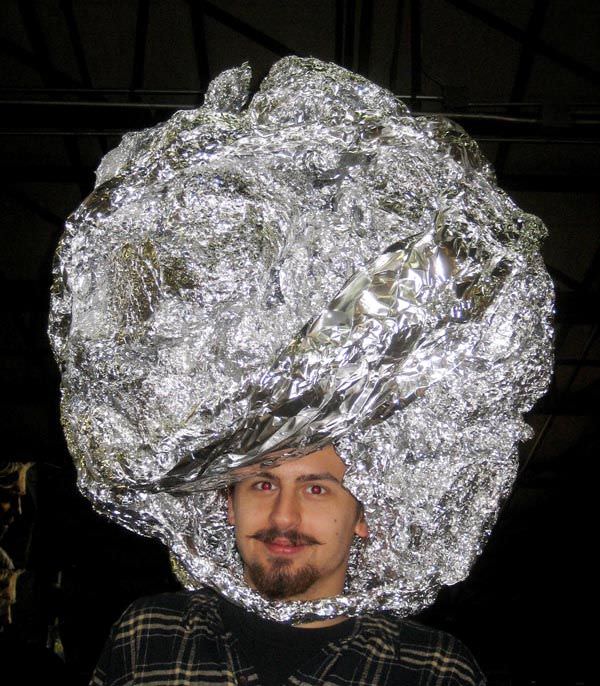 That's right. Because the weather controls all of those things.

I'm not sure if you're serious but assuming you are, do you know of any radio transmission experts who have weighed in on HAARP's capabilities?

In this video the Secretary of the Navy makes general statements indicating the system can be quite effective.

If you mean the Secretary of Air Force he only says that HAARP was designed to mess with the ionosphere (11:44). I've dipped my toe into this rabbit hole a few times but found nobody credible that describes how messing with the ionosphere is linked to weather patterns. The main role of the ionosphere from this side is for bouncing signals off it. It has its own weather system and it's easily manipulated so from a military perspective, one aim they might have is to cause a storm inside it to mess with their adversary's comms.

As far as I can tell, the ionosphere reacts to weather patterns in the atmosphere below it (or, in this case, to high powered radio signals), not the other way around.  Anyway, like I said if you know any legit sources that list HAARPs capabilities I'm keen to have a look.

I think you're missing the point drawn from his testimony - they continue on with this stuff in secret once they confirm there's a play they can make with it. Then they go off and do that in the dark - develop the military application. Everyone who knows about it and how it works, if it exists, are all sworn to secrecy although perhaps there are experts out there that could hit the nail on the head through speculation. I'm not really into the HAARP thing - I figure they've got some shit they know they can do but they probably wouldn't use it. If they deployed something like that on a large scale then I'm sure other countries would detect it happening and blow the whistle.

experts out there that could hit the nail on the head

HAARP has no potential to affect weather. The frequency of energy that HAARP transmits cannot be absorbed by the troposphere or the stratosphere, only by the ionosphere, many kilometers higher than the highest atmospheric weather systems.

No I meant an expert that could speculate on how it would work - what the military application might be. It may have nothing at all to do with manipulating weather, in space or on Earth. Or it could. When looking for an expert to speculate on the possible military applications derived from the classified and DARPA-funded research that was conducted at HAARP you would need to look elsewhere than a website that was founded by this tool (LOL debunking "magic jewelry"?):

I saw that debate a long time ago & thought that guy was a dick for saying that it's harmful to question 9/11. It's not harmful to question anything, including the most holy of holies, the Holocaust. Dun dun duuuuun. For a self-proclaimed skeptic he's not very good because he acts on emotion. Rogan did a really good job of backing him into a corner. I do agree in a small way that promoting some unorthodox theories irresponsibly can lead to problems, even if it's just fear/paranoia (eg. Alex Jones). But Rogan saying "I'm just asking questions" writes off this danger because he's not lending the theory any credibility. Rogan never goes deep on anything unless he knows the topic eg bow hunting or MMA, so he's always been responsible as far as I've seen.

However, you're attacking the source based on the person who owns the domain name, rather than addressing the content of the article. A lot of things seem plausible when you don't understand the fundamentals. I like seeing crazy ideas generally but I just think this HAARP stuff is really far-fetched & I've never seen anything to suggest it's anything other than a research facility with slight military appllications (hence the classified experiments). Bouncing signals off the ionosphere or messing with an enemy's capability of doing that seems to be the most likely application.

Yes it had DARPA funding but so did the internet, and like the internet, HAARP was not a secret & lots of universities have used it & ultimately it was inherited by a university. Why would the DoD hand a super weapon over to a university?

The military didn't hide-box the Internet until it was done with it and then give it to us. I'm using the founder of the website and hypocritical originator of the handle skeptoid as the poster boy for the false skeptic, yes. I question the claimed motivation - skepticism. I see a man who is afraid, and also not very aware of his deficiencies re: intellect. Joe is not an intellectual heavyweight and he makes Dunning look like Forest Gump. I used to have a girlfriend with an IQ of 180 - she said the people she pitied most were the people who were just dumb enough not to know that they aren't smart. Brian Dunning was her poster boy for that as well. Most people are smart enough to know how smart they are, or so dumb that society has gone out of its way to make that clear to them. Not Brian Dunning, sadly.

He's like a less competent Michael Shermer - a politically careful self-promoter who runs a business deconstructing people's theories. They go after the low hanging fruit - popular, easily debunkable stuff. They cut corners & are not to be trusted at all because it's a business, not a search for truth.

I envy "less brainy" people if they're content & are happy not knowing lots of stuff. Dumb people who pretend to be smart or who think they are smarter than they are can be pretty frustrating unless they're fun about it.

Rogan has an amazing self-awareness. He's able to utilize his strengths & weaknesses to great effect. I'm no disciple or anything, I just admire what he's been able to do with himself.

Dunning is one of those special cases where they're unable to recognize when they've gone off track. When he read his article he saw it, he said "wow it sounds like I'm an arsehole". He wrote & likely proof read that piece several times but it wasn't until he was in a different environment that he noticed what a dicky thing to write that it was. Crazy fucker ;p

The problem is when you get guys like that, who are convincing to some people, shitting all over the low hanging fruit in things like 9/11 truth. I mean, "truthers" reall killed 9/11 truth but the skeptics & their talking points also killed it. It's such a pivotal event, I hope the skepticism about the official story sowly continues to rise & we get a resurgence of proper investigative docos to redpill people. It could be quite powerful if combined with another situation like global recession or something. The world order is sooooo broken. Fuck there I go on a tangent again ;p

Is this like that last video about HAARP where the presenter just nonchalantly drops how it uses 25 Gigawats of power? Indirectly implying that there are 50 secret Nuclear power plants buried under the facility in Alaska or something....

This is a Mouthy Buddha video. So no.

Also, can we take a moment to address the fact that these people believe that its a few acres of wire in alaska thats causing Global Warming and not literally BILLIONS of running Interal combustion engines.

CO2 has nothing to do with it, it's a leftist conspiracy, ask any trumpet or conservative religious cunt, they will tell you.

Science is fake news (unless it's a conspiracy theory without any credibility, then it is true)!