China is marrying Big Brother to Big Data. Every citizen is watched and their behaviour scored in the most ambitious and sophisticated system of social control in history. 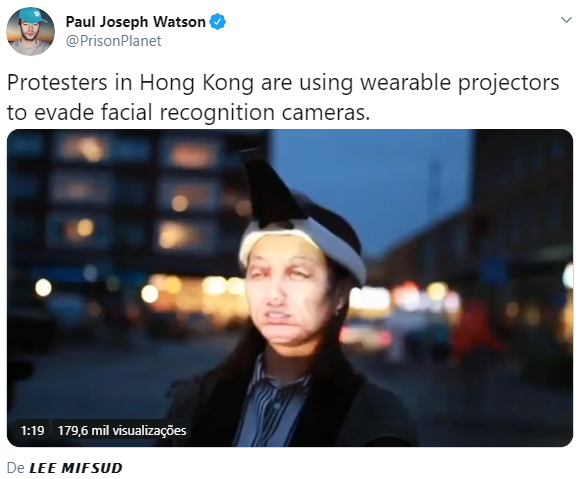 She looks like a Deux Ex npc but clever.

They're already ahead of us with universal phone-based payments and facial recognition is the next step in technology of convenience. Just sit back and cry about dystopia, believing Australian propaganda. Everything is awesome!

Can't tell if your being serious or fercicious. Congrats.

Well, 'properganda' to some is a harsh truth to others. I know people that actually work for the Australian government at parliament house in Canberra. They can't bring their mobile phones into meetings because China has hacked something like 90% of Australia's mobile phone systems.

And any Australian politician who ever goes over to visit China for whatever reason doesn't go over their with their personal mobile, they get given a 'burner' phone (Jason Bourne style kinda phone, new, no data on it, nothing saved to it), because by the time that Australian politician has landed in China and left the airport terminal the 'burner' has already been hacked into.

If their phones are being hacked inside the airport it really says a lot about how shit ASIS is. But they likely tell the beuraucrats a bunch of bullshit because they're really a backdoor of American influence more than anything these days.

Eg. why don't they tell them to leave the phone off until they've left the airport instead of telling them that the phones will be hacked inside the airport?

Smells like a load of shit to me. Noone denies the Chinese hack things but it pales in comparison to the 5-eyes activity. We have on record the 5-eyes hacking & spying on allied nations' leaders & diplomats ffs. Who really knows what's going on, all we can look at is budgets & get hints of capabilities. The Snowden revelations gave a glimpse of how deep the rabbit hole goes.

All major powers hack. The question is more about what they do with the data. The Americans hand over terrabytes of raw data to fucking Israel & share their tools & data with other nations for imperial ends.

Well it's good to see that your rose tinted glasses haven't blinded you to the some of the bullshit China does. The mobile phone thing, it ain't bullshit. And just because your phone is off (I know this is gonna make me sound like a tin foil hat wearer) doesn't mean it's not or can't listen (unless the battery is dead or removed).

All countries share info both normal and clandestine. We, the silly lookin public, don't get to see the full info on the latter. But it's what said country does with that information.

Lets take China's bullet train for example. A rip off of the Japanese one and not as safe either. Beijing sneaky fellas stole the plans because they didn't want to pay the japs for them. But any likeness is just "coincidence".

China (or Beijing) blaitently steals or rips off information/plans and doesn't give a flying fuck what the rest of the world thinks.

Now I'm not saying the 'western' governments are pinicles of what is just an right. But they also aren't going for the Sci-fi dystopia as overtly as China is.

I suppose in that way at least China's being completely honest.

Speaking of 'honest', how do you check your 'honesty score' if you're just the average Chinese citizen? Can you log into some website an check or is the score kept from you?

A place where the leadership puts the people first.

Watching this video without protecting your identity from Google is an exercise in trading freedom for convenience.

It would be less embarrassing for you to use the term 'human rights' if you were not from the USA.

Solid "Whataboutism" that completely destroys any criticism of China. Solid wu mao technique right there. You have to be moving up the ranks.

Hypocrisy isn't a thing when it comes to things you hate, like China or Trump. We should just all agree that they're the worst in the world & nothing else compares to how bad they are. Got it.