HUGE WIN For President Trump! This Could CHANGE EVERYTHING Going Forward.. 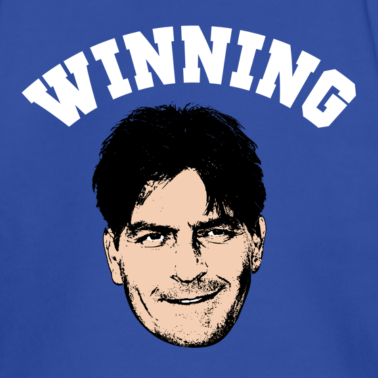 US election officials have said the 2020 White House vote was the "most secure in American history", rejecting President Donald Trump's fraud claims.

"There is no evidence that any voting system deleted or lost votes, changed votes, or was in any way compromised," a committee announced.

They spoke out after Mr Trump claimed without proof that 2.7 million votes for him had been "deleted".

He has yet to concede to the president-elect, Democrat Joe Biden.

The result of the 3 November election was projected by all the major US TV networks last weekend.

On Friday, the BBC projected Mr Biden to have won Georgia and Mr Trump to have won North Carolina.

Mr Biden was earlier projected to have won Arizona. His total is now 306 electoral college votes, with Mr Trump at 232.

It is the first time Arizona and Georgia have voted Democrat since 1996 and 1992 respectively.

Donald Trump's life is a testament to improbable legal wins. That's all I'm saying - probability-wise it should be Biden. But then, there's that thing I started out with. We'll see - despite all of the wrangling back and forth you know at this particular point in time it really all come down to:

Well, these suits were mostly him BEING sued, correct?

Now here is a different situation, he will have to provide EVIDENCE that yet has to be "produced" because every suit so far was rejected and they can't be all leftist marxist judges....

So if it goes on like this, and frankly I don't see much chance it doesn't,  he may need to rely on 2 judges in scotus owing him favours and ultra conservative judgess to turn this into an even more complete sharade.

Still the desperation of the tards will be amusing us in the meantime.

Wow didn't realize there were Trump morons on this site.

Yea Pensylvania was a cluserfuck before the elections with the GOP making last minute changes. What this Youtube moron doesn't understand because all he listens to is Fox and OAN is that this is this only shows how fucked the laws in Pensylvania were.

Trumptard is 42 and 1
All he brought to court was bullshit hearsay and these #MAGAmorons are hanging off his teets.

What you see on OAN are just moron minstrel shows. These aren't real cases just hearings with people saying whatever the fuck they want.

The only thing that triggers me is how easily these idiots are manipulated...

Amazing isn't it. But there are similar idiots on the other far side of the spectrum.

This post is 3 weeks old buddy. Alot has come out since then and alot has changed since. Is it really that "moronic" to hear allegations, see problems, and ask this to be looked into? Oh but you know EVERYTHING, right? So why bother asking any qeustions, just give up, just give in and move along, becuase you say so, right? So sorry to be askign qeustions of such an enlightened person such as yourself:

Please, oh please enlightened one, answer my qeustion that I cannot process for myself because I am a simple moronic Trumptard; Are people capable of committing fraud, as in election fraud, like at all? I cannot process this qeustion myself and humbly ask for your answer. Because if the answer is YES, yes people are capable of committing fraud then it would seem logical that if there are allegations of people committing fraud then it should be investigated, right? But you, the enlightened one, says that cannot be the way. So this moron Trumptard is confused, very confused. Please enlighten me and show me the way!

Now where has the "you asked for evidence" pooltard video disappeared to?