Please pick it apart and attack below in the comments.

Tonight Sky News reveal new information which suggests Chinese authorities knew about the virus much earlier than they've admitted....and that the deaths of thousands of people may have been covered up

This a technique known as weasle words. The idea is usually to suggest something you can't prove in order to have the audience believe it, without actually stating it outright.

The virus, now known as COVID-19, was believed to have originated in this Wuhan exotic animal market transmitted from a bat to a human

This quote, while maybe factually correct, is another play on words. The information avaiable so far shows that the wet markt was not the origin of the virus. The earliest known cases are not traced to the market, about half of them in December did have a connection to the market but not the earliest ones. By saying was believed they can suggest to the audience that the wet market was the origin, which goes against the facts available now.

...hundreds were infected within days

which days? By the end of December there were about 2-3 dozen cases of pneumonia of unknown origin.

doctors who tried to alert authorities were harassed & ignored. Some have even disappeared

The Chinese government claims the 1st coronavirus case was identified around December 31...

The November 17 part has been known about for weeks. It was first reported on on March 13th in the South China Morning Post (owned by CCP member Jack Ma) 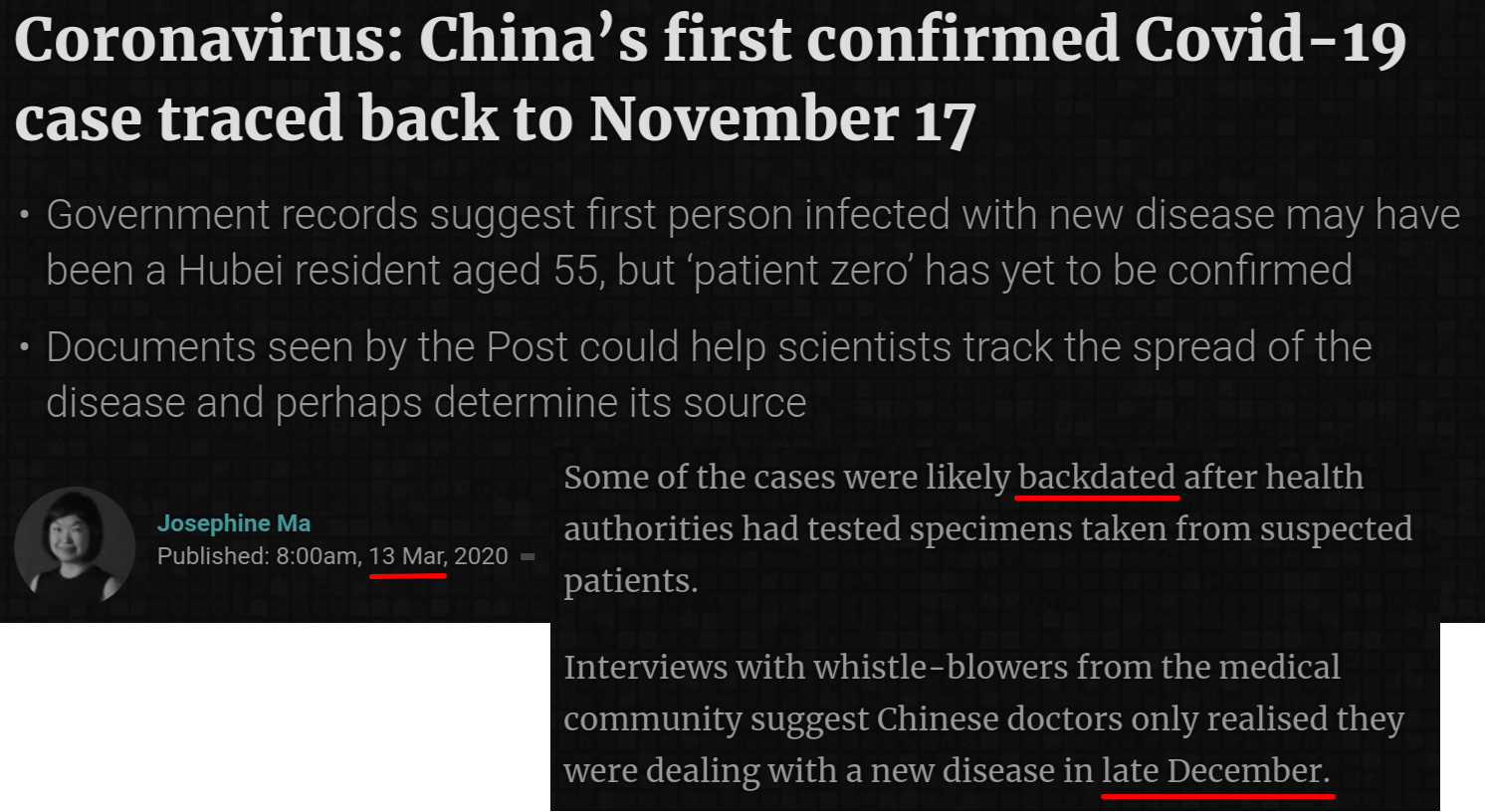 "May", "Suggests" .    Because it's hard to get any correct info out of these closed up, secretive, backwards, cover-up happy communist countries.

Who do you think killed JFK?

No planes are flying at JFK its dead because of Chinese Corona,