Trump got beaten bad at his handshake game when the president of Portugal exited his limo at the Whitehouse. The optics seem to require tariffs, name calling, and possibly even fire and fury to recover from the bad look. He has always dominated the handshake game. It looks like the grab and jerk the opponent forward technique slipped his mind for an instant.

I was like holy shit, did this guy just dunk on our president? watched the 2nd vid and ya he totally deserves it!

So you saying Portugal's President is like Trump?  I don't know much about him but if that's true he must be a pretty great guy.

Hey eh, what do you think about Trump nominating Kennedy's replacement?  I'm curious to know what a "real Republican" thinks.

It's pretty clear that he's learned his hand shaking skills directly from the master himself.  A little display of his Trumpian diplomatic skills is a fitting tribute.

Portugal's president as a figurehead is totally different. That presidency is not about power and it is more about diplomacy, it's about creating and maintaining relationships. The real power belongs with the prime minister and the parliment.

As for the handshake, the situation with trump's tactics is so well known that other leaders prepare for it (fine times we're living in). Some extra nonsense for the social networking society to digest.

Don't show this picture to the leftist!

They'll be all like, "OMG!!!  Look at this Russian collusion?" 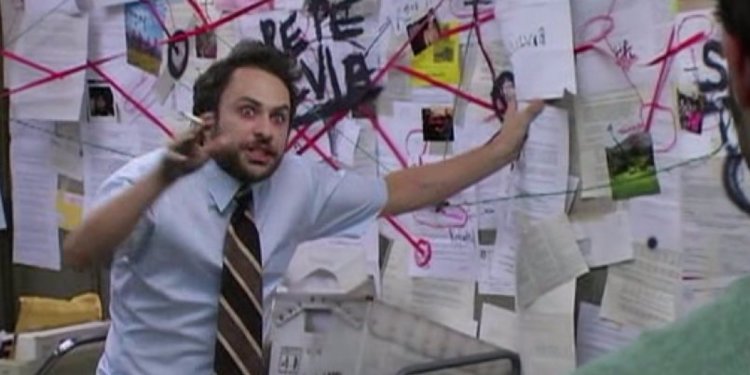 LOL You are truly one fucked up character. Lighten up Francis. The handshake was pretty funny. I get it, you love Trump and wash his balls every chance you get. Great. Good for you.

Another conservative justice is fine with me. A lifetime pathological liar and con artist reality TV star who has run blatant scams like Trump University his entire life being president of the United States is not OK. It's a disaster for this country and other than Trumptards like yourself, everyone with a brain regardless of political party recognizes it.

Your hero will have his next PR meeting with Putin (a fine man-a great leader-he said he didn't interfere in the U.S. election and I believe him even though every intelligence agency says he did-he doesn't murder journalists or people that were about to blow the cover off the doping of athletes,etc,etc,etc) The photo op with Kim was great. Oh, did you hear Kim is expanding his nuclear capabilities after Trump said the danger is over and we can all sleep at night?

I can't believe a simple handshake triggered you. Just kidding.

There are plenty of real things that Trump does that are worth criticising, like expanding the defense budget, hiring neocon Zionists, killing the Iran deal &, most importantly for America, messing up the economy by declaring economic war on the entire world. The last one hasn't really kicked in yet but it's about to.

LOL You are truly one fucked up character.

I'm glad I could give you a laugh.  Why you think making a light hearted response to a video you obviously submitted because you hate Trump because "reasons" makes my character fucked up is a bit of a mystery.

You see, as far as character goes, you are the one who lives every day of your life angry at having lost an election.  You claim to be a "real republican" yet you constantly ignore the fact that Trump's policies are ACTUALLY great.

If I get any lighter I might fly away.

The handshake was pretty funny.

Indeed it was.  Like I wrote in my response, the guy obviously took a page from the God Emperor's playbook.  Good for him.

I get it, you love Trump and wash his balls every chance you get.

I don't understand your fetish with Trump's balls.  I realize you're wish yours were as big as his, but I really don't care to hear about your nut loving fantasies.

Another conservative justice is fine with me.

It's just "fine"?  Damn, never let it be said you are easily excited by good news.  Dude, Trump has the chance to completely nuter the very club the radical left has been using to tear down the country and bypass having to actually win elections.  If he appoints another textualist to the bench the left can say GOOD BYE to any hopes of imposing gun control for maybe the next 20 years.

A lifetime pathological liar and con artist reality TV star who has run blatant scams like Trump University his entire life being president of the United States is not OK.

And you say I'm triggered.  Thousands of politicians from all around the nation lie their fucking asses off every single day.  Yet you never gave a single flying fuck about it until Trump beat our the so-called "real Republicans" during the 2016 Primary.

Protip: Get the fuck over yourself.  Stop being a whiny bitch and just let it go already.  Yes, he didn't come from the sort of background that "real Republicans" have typically come from.  Guess what, THAT'S ONE OF THE REASONS I FUCKING VOTED FOR HIM.

Your hero will have his next PR meeting with Putin (a fine man-a great leader-he said he didn't interfere in the U.S. election and I believe him even though every intelligence agency says he did-he doesn't murder journalists or people that were about to blow the cover off the doping of athletes,etc,etc,etc)

He's not my hero, he is my President.  Trump has to meet with Putin because Putin the leader of the Russian people.  Again, stop being a bitch.  When you are the President you aren't allowed to act like a fucking girl who was just dumped by her boyfriend.  You can't give the cold shoulder to world leaders because they're pieces of shit.  You have to at least talk to them.

Oh, did you hear Kim is expanding his nuclear capabilities after Trump said the danger is over and we can all sleep at night?

No I didn't.  Nor do I care.  Trump didn't give anything to Kim that he can't just take back with the stroke of a pen.  The meeting was just to get a foot in the door and set a basis for good faith negotiaions.  If you think Trump was suppose to walk out of that meeting with a surrender document in hand and the unification of Korea, you are a dumb ass.

I didn't read your long-winded triggered bullshit but saw the last bit. I have noticed Trumptards have avoided the fact that Kim is upgrading his nuclear program after Trump said he saved the world and Fox "News" had them circle jerking over it. It must be fake news.

NK haven't agreed to stop doing any work on any nuclear facilities as yet. You can read the agreement they signed here.

The analysts cautioned that the continued work at the Yongbyon facility "should not be seen as having any relationship to North Korea's pledge to denuclearize. The North's nuclear cadre can be expected to proceed with business as usual until specific orders are issued from Pyongyang."

It's speculation at this point as to what the work they've done really is.

Agreement? Oh, the paper they signed.

"I think they (North Koreans) are very serious about it (denuclearisation). I think they want to do -- we had a very good chemistry.

Trump is hilarious, there's no question about it and other than voting, there's no sense in even thinking about it. It's the mob of fucked-up Trumptards that make it a Twilight Zone situation. They solidly support a pathological liar, con man, egomaniac, mysoginist, and fool who was made to look like an idiot giving Kim great PR and a photo opp (thanks to Fox/Trump "News" saying he deserved a Nobel Prize he gave himself PR material too), and a sham artist who ran an outright scam like Trump University. It shows so clearly that this country is made up of a lot of very low-IQ and easily suckered individuals. It's sad but you have to just laugh, there's nothing else that can be done.

With berg gone, he fills that chair with ease.