So Why Not Register Guns?

Alan Korwin: So Why Not Register Guns? Here's Why Not!

We register cars and license drivers, so why not do the same with firearms? In less than 7 minutes, author, speaker, and civil-rights advocate Alan Korwin (gunlaws.com) takes apart the logic behind one of the top "common-sense gun regulations" that Left loves to tout.

2nd - the false equivalence fallacy - he equates gun licensing with gun control. these are different things.

3rd - from a libertarian perspective we shouldn't register cars - that's not a point for or against. he hasn't argued the validity one way or the other, just iterated a belief/policy. he goes further to point out that cars never needed to be registered, but deliberately leaves off the fact that car licensing was brought in to reduce the number of people being killed by bad drivers. funny that he evens talks about an "error of logic" while making an error of logic - it's not the licensing of cars that's the point, it's the effect that licensing has had that's the point, and he doesn't address that at all. it's not "we register cars so we should register guns" it's "registering cars reduced deaths so we should register guns". if you're going to break that argument down then you have to show that registering cars had no effect of safety, which he didn't even attempt to do.

4th - a very clear slippery slope fallacy - bibles and churches aren't a source of danger to the public, nobody is saying we should go further than register guns.

5th - "how would registering guns stop crime" is a textbook logical fallacy, the argument from incredulity. there is mountains of evidence the licensing reduces crime, it's worked in every place it's been used, from high gun ownership countries like switzerland to low gun ownership countries like japan. it also just makes logical sense that if a gun used by a criminal can be traced back to the legal owner that sold it to them and that person's license is revoked, people will be disincentivized to sell guns to criminals.

6th - registering would cost a lot of money, but he fails to make a comparison. the cost of gun crime is many times more than the cost of registration. so while it would be expensive, other larger expenses would decrease, giving a net saving. he also makes a firther mistake in logic where he mentions the people moving every 10 years. people already notify the government when they move house, it would not be an additional expense.

7th - another false equivalence. the left doesn't want control, they want accountability. people will still be completely free to buy and sell guns just as they are now. the same as hunting and fishing licensing aren't any kind of control either.

The Left does need to get its shit together and present a proper response of what they're looking for when it comes to "gun control", whatever that may entail.  Because there is no definitive or even solid presentation of what should be done the Right can make slippery slope arguments and sensational claims such as the above without being appropriately dinged for them.

Registering guns is obviously a common sense starter but the NRA has successfully hijacked this generation with their inane rhetoric and absolutist interpretation.

Edit:  By the way, your breakdown of his fallacies was spot on.

What the gunn nuts will say:

There are a few typing errors in your reply, hence every bit of the reply is wrong.

THE ONLY WAY TO EXPRESS OUR FREEDOM IS THROUGH GUNS!

What they conveniently leave out:

They have a right to bear arms, however, the term "arms" is not specified at all. Knife, longbow, hand granade, nuclear missile would fit the definition too.

Certain rights must be "earned" for example through age or qualification, licensing, including a proof of competency (both in theory and practice)*, and registration does not take this general "right" away at all.

If everybody had a right to be armed why don't have convicted felons after they seved their sentence? They should be rehabilitated after all. So strictly speaking this is unconstitutional.

* The safety of the public is of more value than an individual's right to own a gun.

4/5 because this is a good representation of the misinformation that the Right utilizes when it comes to guns.  It's kind of funny because I have a feeling FullAutoGal fast forwarded through this video and was like, "yeah!  This will show those gun-grabbers" when it actually had the opposite effect...this video presents why gun registration would be a boon.

Right so when some one hit your Car and runs how do they track them down again? 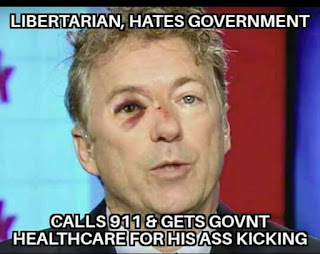